A long time ago, there was this thing that was really important to Americans called “free speech”. These days, the government wants to crack down on it, with Virginia being the latest state trying to take away our constitutional freedoms… but Virginians were not having it. 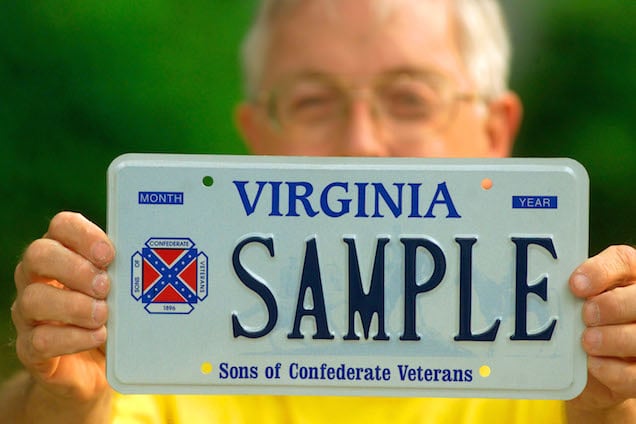 Virginia is the latest battleground in the war against free speech in the Obama years. WAVY reported that the government of Virginia demanded that drivers surrender license plates that have a Confederate flag on them.

Drivers had until Oct. 4 to turn in their license plates and replace them with one that meets government standards. Drivers who failed to do so run the risk of being charged with a misdemeanor if they are pulled over while driving with the license plates.

Of the 1,600 Virginia residents who received letters telling them to surrender the license plates to the oh-so-morally-superior government, only 187 have actually done so.

Kevin Collier is one of the many who has refused to turn his license plates in. He says that if he gives into this demand of the government, then there is no telling what might happen next.

… The government’s justification for this recall is that the license plates are “hurtful” to some people.

What’s actually hurtful is that the government has become so corrupt it thinks that it has the right to regulate our freedom of expression because a small group of people are oversensitive.

This is a very slippery slope. Once the government gives itself the power to regulate freedom of expression, there is no stopping what it might do.

News flash, liberals: speech that is hurtful and offensive is just as protected as speech that is pleasant and happy. You can’t legislate against hurt feelings, so maybe it’s time for the perpetually butthurt progressives to grow up and get some thicker skin.