Al Sharpton may be a despicable race baiter, a tax cheat, and a perpetuator of hoaxes, but evidently, that doesn’t matter to Wal-Mart. It turns out that Wal-Mart repeatedly donates to Al Sharpton’s National Action Network, despite the fact that two NYPD officers were brutally murdered in cold blood after Sharpton whipped the violent mob into a frenzy. 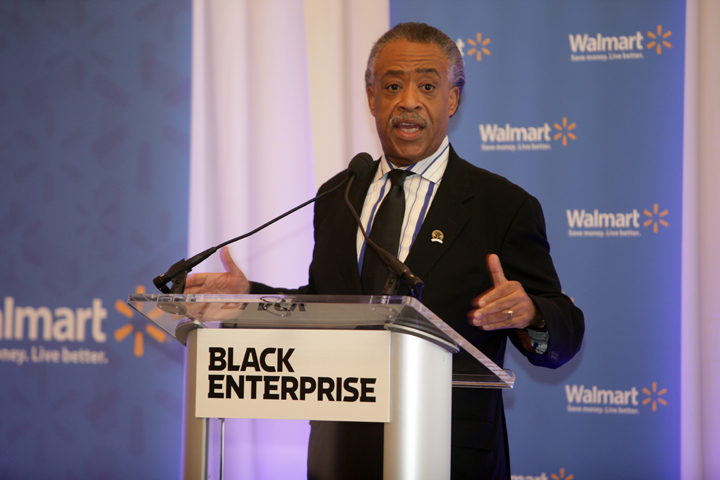 The organization asked Wal-Mart to stop giving to Sharpton in light of the brutal NYPD cop murders.

“Wal-Mart, the nation’s largest retailer, is another NAN corporate contributor. It has contributed annually to Sharpton’s group since 2005. As a result, the company that many on the Left love to hate has received no grief from Sharpton. Instead, Esther Silver-Parker, Senior Vice President of Diversity Relations for Wal-Mart Stores, Inc., received the Corporate Executive of Excellence Award at the NAN convention last April.”

“In 2006, the Rev. Jesse Jackson, an ardent Wal-Mart critic, accused the retail giant of trying to “throw money at us” to buy Jackson’s silence. Sharpton said that didn’t happen in his case. “Wal-Mart has in no way tried to persuade me with money.” (New York Post, July 15, 2008)”

“When Wal-Mart shareholders expressed their concerns about their company’s gifts to Sharpton, they received this uninformative e-mail.”

““Wal-Mart supports the National Action Network (NAN) as part of an ongoing effort to partner with national organizations that support issues and initiatives of importance to our customers, and the communities we serve,” the Wal-Mart statement said. “Our support for NAN is focused on addressing health and wellness issues and other issues important to our customers and associates. Our company will continue to support organizations that can further our mission to help people live better.” (NLPC, Oct. 19, 2009)”

Wal-Mart also gave to Sharpton’s National Action Network on his 60th birthday. The event raised over a million dollars!

Sharpton, Obama, Bill de Blasio, and Eric Holder all have the blood of these two officers on their hands, after they celebrated and legitimized the violent protests that included arson, looting, and calls for dead cops. Evidently, Sharpton’s role in all of this doesn’t bother Wal-Mart, who perhaps doesn’t deserve money from Americans who believe that police lives matter.