It’s completely understandable for people to be angry in the aftermath of the Charleston shootings — it’s expected, even. But one woman took it to a whole new level when she interrupted a live CNN broadcast with an angry racial rant directed at Don Lemon and… Barack Obama? 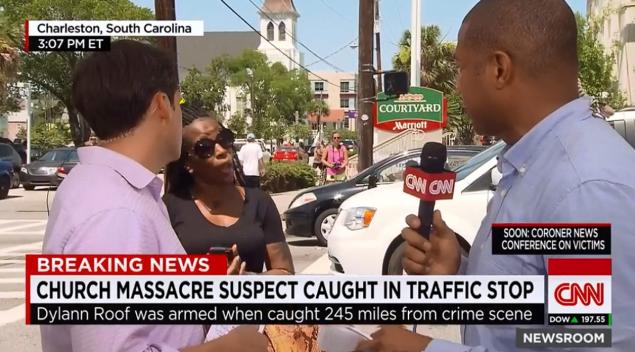 CNN was forced to cut to a commercial break during its live coverage on the latest details concerning the tragic church massacre in Charleston, South Carolina, after a woman interrupted the broadcast with a racially-charged rant on Thursday afternoon.

When Lemon ignored the woman and continued to discuss the shooting, the woman went after him with personal attacks.

“Uncle Tom? Hello? Are you angry, Don? Because we’re angry. Speak about the anger,” the woman added.

It’s hard to figure out what this woman is so angry about, considering that there’s no one out there who isn’t condemning the shootings. It’s also pretty despicable to call someone an Uncle Tom, because, what? They dress nicely and are able to speak well? Maybe she should try holding herself to a higher standard instead.