WATCH: This Sheriff’s Comments About the ‘Black Thug Culture’ Have Al Sharpton ENRAGED

Speaking the truth about black culture today is a surefire way to get yourself branded as a racist. But that doesn’t have Escambia County Sheriff David Morgan scared, and his truthful comments about black thug culture have Al Sharpton furious. 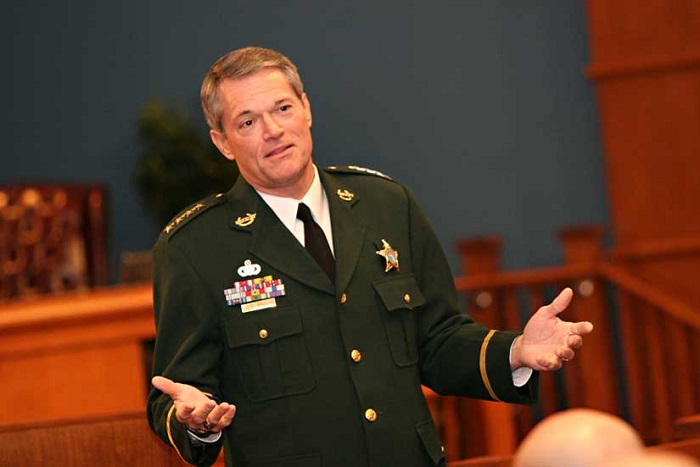 Escambia County Sheriff David Morgan’s remarkable and courageous clip speaks the truth about the destructive elements of black culture. It’s is going viral for all the right reasons – but Morgan is being attacked as a “racist,” nonetheless.

Morgan begins his video by objecting to the term African American. He says, “Blacks that currently reside in America, didn’t come from Africa.” Morgan doesn’t like the hyphenated term saying, “terms like this are divisive in nature,” adding that “we’re Americans.”

… Morgan says many racial issues are real but many are also perceived – and the idea that America is “racist” is in the perceived column, He goes on to note that a racist country wouldn’t have elected and re-elected Barack Obama, specifically saying that blacks are 13 percent of population with the point being that even if all blacks voted for Obama, he wouldn’t have been elected without votes from other races.

Morgan’s best point is that many Blacks have embraced a “thug culture” which glorifies foul language, abusing women, and shooting cops – which degrades Blacks in general, but especially children.

We saw this thug culture at its worst last summer, as riots raged and businesses burned in Ferguson, all to celebrate the actions of the thug Michael Brown, who robbed a store and attacked a cop.

So speaking the truth now about the glorification of thug culture in black communities today makes one a racist, divisive white supremacist? Paging Al Sharpton: the only person here who makes their living being racist and divisive is you, so maybe back off on the finger-pointing, buddy.