Will Eric Holder Fly to Kansas and Demand #Justice for White Teen Gunned Down By Cops?

Eric Holder ever so dutifully flew to Ferguson, MO to help his buddy Al Sharpton further inflame racial tensions investigate the death of Michael Brown, a black teenager killed by police. So here’s a question: will he do the same for Joseph Jennings, a white teen killed by police, and fly to Kansas? 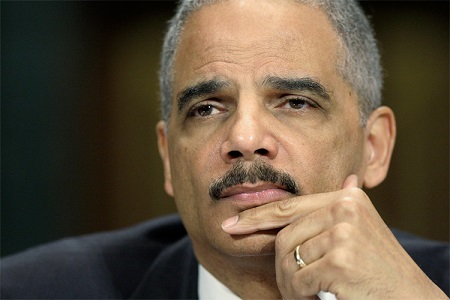 The White House and liberal media ignored the story.

Shortly after this robbery Michael Brown was shot dead by Ferguson Officer Darren Wilson…. But not before he attacked Darren Wilson and broke his eye socket.

On Wednesday, August 20, 2014, Attorney General Eric Holder flew to Ferguson, Missouri to ensure city residents that the Department of Justice would investigate the killing of robber Michael Brown. Holder told reporters that the DOJ is investigating the shooting of Michael Brown and the Ferguson police department on possible “civil rights violations.”

Maybe Obama could even give equal treatment to Jennings and send an official delegation to his funeral, too! Or is that only reserved for black thugs who attack police officers?