Woman & Her Children Attacked By Gang: “Didn’t Belong In Their Neighborhood Because She Was White”

Race hustlers love to make a lot of noise about how black Americans are constant victims of violence and oppression at the hands of evil white racists, yet they conveniently ignore any instances of black-on-white violence. The latest example is a woman who was victimized by a mob of black teenagers, who attacked her and her child simply because they are white. 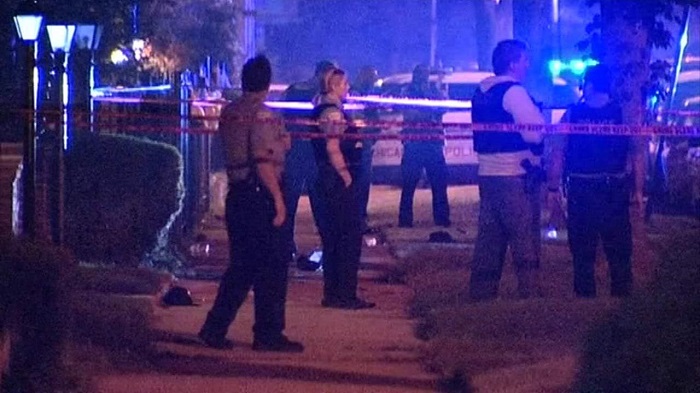 Her car damaged, her nerves shaken, the victim of an alleged group attack near the University of Chicago campus with her children in the back seat of her car talked exclusively with ABC7 Eyewitness News about the incident Friday night.

Police say two people were arrested and charged after the incident, but that woman says several dozen people were involved. Her two kids left covered in broken glass.

The encounter left several dents in the vehicle, the back window shattered and Susan Pedersen shaken.

Friday night, broken glass still litters the pavement at 60th and King Drive across from Washington Park, where the attack took place around 9 p.m. Thursday night.

Pedersen says she had just dropped off a friend at the University of Chicago, with her daughter and son in the back seat. She said she stopped at a red light and found herself surrounded by several dozen young people.

“They were walking around both sides of the vehicle – in the front, in the back – and as they were walking across, they were hitting my car, using racial slurs and telling me that I didn’t belong in their neighborhood because I was white,” Pedersen said.

The group, all African-American, she says, kicked the vehicle and shook it violently, the kids in the back screaming.

Pedersen said one person was on a bicycle, the group using it as a battering ram, shattering the back window, with glass flying into the third-row seat, where 3-year-old Benjamin was seated. The broken glass left cuts on the boy.

Pedersen said a police car, which happened to be nearby, arrived and the group scattered.

“This is something that’s going to stay with me for the rest of my life,” she said.

But there won’t be anyone saying anything about how #WhiteLivesMatter, or speaking out about this obvious racism and violence. Because with liberals, racism is always acceptable — it just has to be directed towards the “right” people.