A new shirt is raising a lot of eyebrows, and causing some to question if it goes too far. Some are saying that a shirt designed by police officer Jason Barthel, as a response to the “I Can’t Breathe” shirts designed to show solidarity after the death of Eric Garner, might be too controversial — but are they? 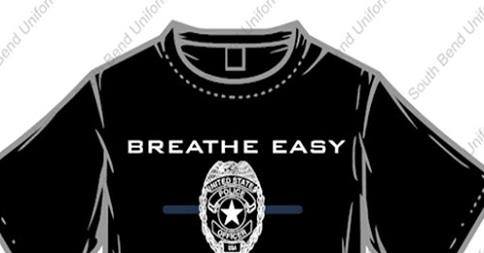 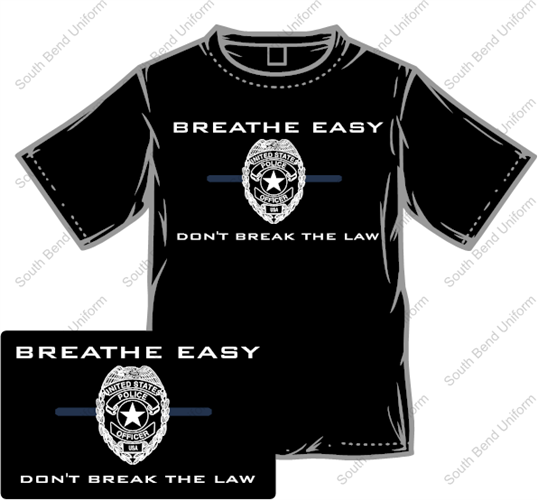 Jason Barthel, a local police officer and owner of South Bend Uniform, decided that he had had enough of seeing people wear “I Can’t Breathe” shirts after the University of Notre Dame’s women’s basketball team donned t-shirts with the phrase at a recent game. In response, Barthel decided that he would create a shirt of his own and sell it for his uniform business.

“The problem is we have a lot of people who are trying to create problems between the citizens and the people who try to protect them,” Barthel said, according to the Daily Herald. “When you break the law, unfortunately there’s going to be consequences, and some of them aren’t going to be pretty. Unfortunately that’s the reality.”

The new shirts read, “Breathe easy, don’t break the law” and are being sold to raise support for police officers. Eric Garner’s last words before he died were “I can’t breathe,” which is why activists are using that phrase for their cause, but Barthel says he hopes his shirts remind people that police are there to protect them from those who break the law.

This shirt will certainly make a lot of people angry, but the truth is, Barthel is right. The simplest way to ensure that you never have a violent encounter with a police officer is, one, don’t break the law and two, if you do, don’t fight the officer once you’ve been caught. It’s not a very popular opinion with the race baiters, but it doesn’t make it any less true.