One of the fundamental hallmarks of an advanced society is equality before the law. You don’t get this in Islamic societies, where Christians and Jews are normally allowed to live so long as they submit deferentially to Islam, but have to pay a special tax. You also won’t get it in liberal utopia, where whites will be expected to pay a similar punitive tax:

To even the playing field, the privileged should pay more.

“The privileged” means white people, who stand accused of creating more wealth than certain other groups.

I don’t know how much more, but it must be more. Let’s start at 5% as if centuries of subjugation could ever be righted by such a minuscule percentage. …

While extracting this money is the most important aspect, not far behind is how it’s used. We must ensure that this money is used where it will benefit minorities the most.

Expropriating the money is more important than spending it because the point is to inflict damage out of sheer malice. Obama expressed similar sentiments early in his administration, when he proclaimed that he would favor raising capital gains taxes even if it resulted in lower revenue, because the real point is not to acquire the money but to steal it from disfavored people for openly malevolent purposes of “social justice.”

If we kept things simple, we could redistribute the money based on non-Caucasian race status. According to InfoPlease.com, whites account for 63.7% of the population (a population of 308.7 billion based on the 2010 census).

To get a number that low, they count all Hispanics as non-white — e.g., Ted Cruz, Marco Rubio.

This leaves $151 billion to be dispersed over 36.3% of the population, or 112 million. That’s $1,348 for every US minority individual or roughly $3,000 per minority household on an annual basis. While $3,000 could never rectify centuries of abuse, it could at least give minorities the financial tools to compete in a white, male-dominated society.

Not all Caucasians would have to pay the full 5%. A 3% rate is proposed for the “Non-cisgender Caucasian.” Just call it transsexual privilege.

We have reached out to the author of this article. They have confirmed that if you were born white, but identify as a different race or otherkin, you would be void from paying the Equality Tax. You would just have to submit proof that this transformation is genuine.

What the word “genuine” might mean in a world full of Bruce Jenners and Rachel Dolezals is anyone’s guess.

If Nano ever immigrates to the USA, she will be relieved to hear that identifying as a cat gets her out of the tax. Presumably she would qualify for the $1,348 annual payment for being a minority. 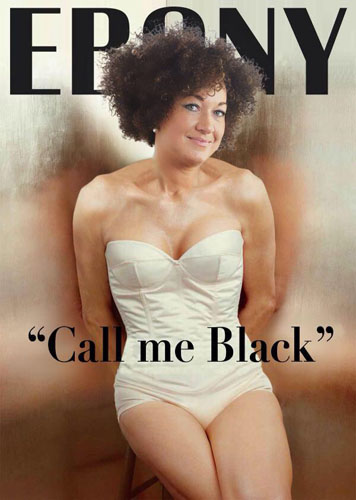 Would get extra cash to supplement her food stamps.