Since last weekend, people identified with the right have been falling all over themselves to make sure everyone knows that they hate Nazis/white supremacists even more than everyone else does. Observations that the Antifa types who came to Charlottesville specifically to brawl with right-wingers share some blame for the violence, and that those right-wingers were justified to protest Robert E. Lee getting banished to the Memory Hole, have met with preeningly self-righteous denunciations. “White supremacy is repulsive,” barks Paul Ryan, without defining a term that seems to mean whatever liberals want it to. “There can be no moral ambiguity.”

In the name of fighting Nazis/white supremacists, “antifascist” fascists — and the local governments that eagerly pander to them — are destroying Civil War memorials right and left. The war of extermination against Nazis, racists, white nationalists, et cetera is so indiscriminate, statues of Joan of Arc and even Abraham Lincoln have been attacked.

James Damore was recently fired from Google for expressing views that deviate from leftist dogma. He said something that can be applied to the post-Charlottesville frenzy:

“There’s a very strong idea that the left ideology is the only ideology possible. We should be able to express differing opinions,” Damore told CNN Tech. “I’m a centrist, and they’re calling me a Nazi. That is a real problem.”

It sure is, and not only in the left-wing tech industry.

Actual Nazis stopped being a threat to this country 72 years ago. Anti-Nazis are going after a fly with an automatic shotgun, knowing full well that the trivial fly isn’t the main thing they are destroying. 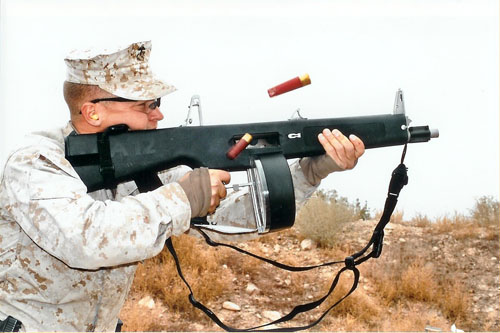 On tips from TCS III, James McEnanly, Heckrules, and ABC of the ANC. Cross-posted at Moonbattery.