The idea of a “White Appreciation Day” at a Colorado barbecue joint was enough to send progressives into a mind-bending rage. However, apparently no one cares what progressives think (as usual), and the event was a huge success for the restaurant. 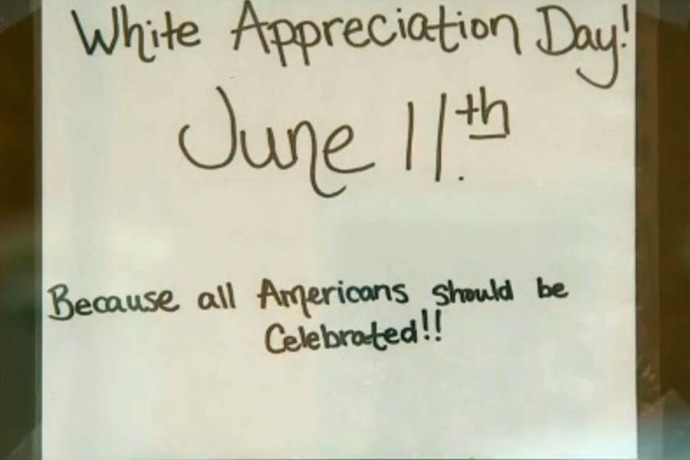 MILLIKEN, Colo. — The only thing Steve Adams knew about the Rubbin Buttz BBQ is that its Hispanic owners were hosting “White Appreciation Day” on Thursday, but that was enough to persuade him to make the hourlong drive for lunch.

“It’s nice to know someone else doesn’t think that we’re the enemy,” said Mr. Adams, who lives about 50 miles away in Aurora, as he and his friend Art Babic waited for a table in the packed restaurant.

“We’re all the same,” he said. “It’s only in more recent years that we’ve got everybody separated. So if this is bringing everybody together, it’s a good thing.”

Not everyone has been as positive about White Appreciation Day, judging from the social media outcry, but Edgar Antillon, who bought the eatery in January with Miguel Jiminez, said the response has been overwhelmingly positive despite the online carping.

The barbecue joint drew a busy lunch business Thursday as customers and media crowded the 12-table restaurant in Milliken, a quaint town of 6,800 about 40 miles north of Denver and another 7 miles from Interstate 25.

Mr. Antillon acknowledged that attracting customers to his out-of-the-way eatery was part of the equation but added, “I didn’t think it was going to be this huge.”

The mood at the restaurant was upbeat — Mr. Antillon promised a 10 percent discount to all customers in celebration of White Appreciation Day — but there was also tension, given that the owners had received anonymous bomb and death threats leading up to the event.

A police bomb-sniffing dog swept the area and the restaurant before it opened, and Milliken police officers, augmented by several from the Colorado Mounted Rangers, patrolled the area on foot.

“We’re just trying to keep the flow of traffic going out there,” Milliken Police Chief Benito Garcia said. “We’re taking [precautions] because of the bomb threats. We do take that seriously.”

There were rumors that protesters might turn up and block the restaurant’s entrance on Broad Street, the town’s main drag, but none had turned up as of midday, the chief said.

… Mr. Antillon has been accused mainly on social media of being racist, but he said the idea behind White Appreciation Day was to create an event for whites similar to Black Appreciation Month and Hispanic Heritage Month.

He said the idea started as a joke. He and Mr. Jiminez were sitting at the restaurant talking about how there’s no White History Month, and decided to do something about it.

If only more people had an attitude like Mr. Antillon’s, this country would be in a far better state. Unfortunately, instead we have people in power like our own president who endeavor to keep us divided and angry — it’s sad, really.