Attorney REFUSES Orders To Remove BLM Pin From Attire – You Won’t Believe What Judge Does NEXT!

In Ohio[1], if you are an attorney or anyone that is going to be in Municipal Court Judge Robert Milich’s courtroom and you decide to don clothing or a pin that honors Black Lives Matter, you should reconsider your decision. Attorney Andrea Burton wore a Black Lives Matter pin into court and the good judge ordered her to remove it. She refused and was found in contempt of court and was sentenced to five days in the slammer. She is appealing, so she is not cooling her heels just yet. But judges have a wide latitude in their courts and if they feel something is disruptive, they are well within their rights to order the removal of that item. 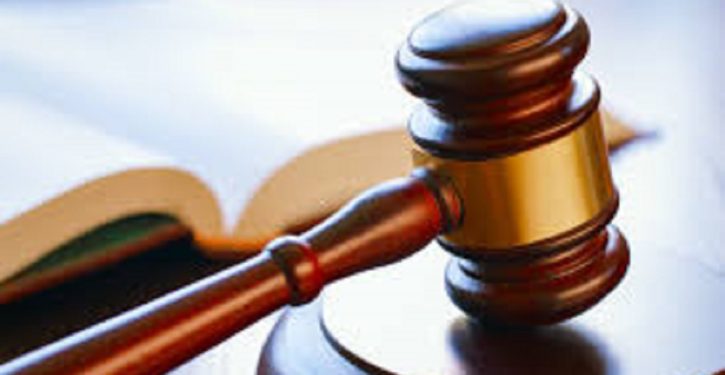 Is a Black Lives Matter pin on a par with an American flag pin or a religious symbol, such as a crucifix or Star of David?

An attorney in Youngstown, Ohio, says yes, but the judge says no.

According to station WISH[3] attorney Andrea Burton was held in contempt of court and sentenced to five days in jail when she refused Municipal Court Judge Robert Milich’s demand that she remove the pin in his courtroom.

Milich told reporters that his political opinions have nothing to do with his decision, adding that political “statements” have no business in a court of law:

A judge doesn’t support either side. A judge is objective and tries to make sure everyone has an opportunity to have a fair hearing, and it was a situation where it was just in violation of the law.

The NAACP wasted no time in getting involved to make sure this woman’s ‘civil rights’ weren’t violated. They weren’t and I don’t think she is going to win this fight. There have been cases in the past when people have been given contempt of court rulings for refusing to comply with a judge’s order to remove an article of clothing that may have a message on it. Many times this has been done to retain the defendant’s right to a fair trial. As long as the judge fairly and uniformly applies the ruling, they have discretion to order such a removal of the item in question as they see fit. End of story. Frankly, no politicized item or piece of clothing is appropriate in a courtroom – especially displayed by an attorney. One that is racist in nature and depicts cop-hatred is doubly inappropriate.