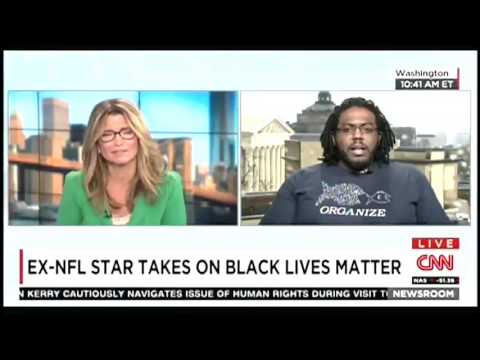 Costello had asked Goggans about a Facebook video in which legendary Baltimore Ravens linebacker Ray Lewis pleads with fellow African-Americans to “change what we are doing” when it comes to blacks killing blacks.

But when pressed on his statement, Goggans moments later admitted that black on black crime does exist.

“I’m saying that inter community crime happens in all communities across the country and it is a problem that the movement of Black Lives is focusing on,” Goggans said.

Well, which is it? A myth, or something they’re focusing on stopping? And get real here — Black Lives Matter has never focused on black-on-black crime and they likely never will. It doesn’t fit into their anti-cop agenda.