What is hard is confronting it and responding with love, kindness, gentle language and an open mind. This doesn’t mean that you have to validate opposing opinions that are rooted in hate and bigotry, but it pays to understand where a person is coming from and use that knowledge to change their minds and hearts. 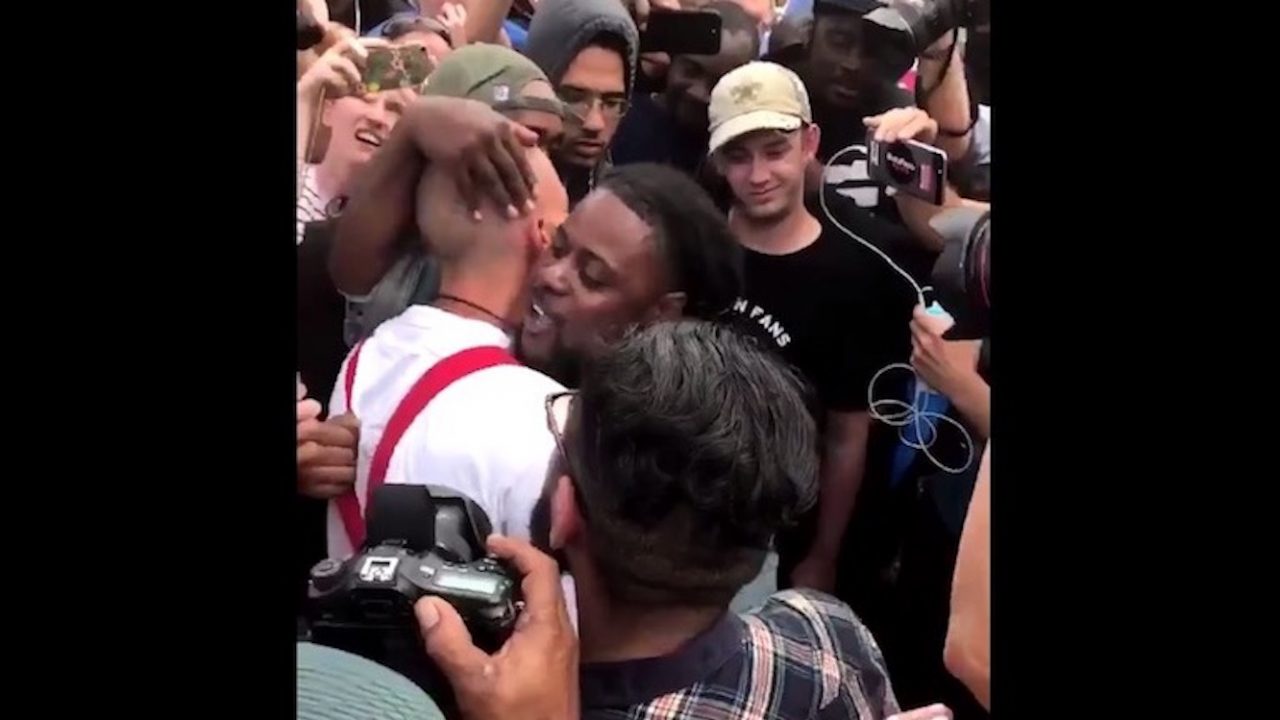 When Florida Governor Rick Scott declared a state of emergency ahead of a speech being held by white nationalist Richard Spencer, 31 year-old high school football coach Aaron Courtney decided to research the man behind the controversy. After discovering his abhorrent views, Courtney attended the protests outside the building where the talk was taking place.

“I found out about what kind of person he was and that encouraged me, as an African-American, to come out and protest,” he said. “Because this is what we’re trying to avoid. It’s people like him who are increasing the distance … between people.”

Outside the speech, a white man in a swastika shirt was being spat on, punched and insulted by protesters. This man, identified as Randy Furniss, explained his position to local media:

“They want what we have,” he remarked. “And we just want them to shut up and get on with life. They’re being raised up and it’s getting to the point where they want to push us down. That’s not right.”

That’s when Courtney decided to approach the young man and ask him a few questions.

“I had the opportunity to talk to someone who hates my guts, and I wanted to know why,” Courtney explained. “During our conversation, I asked him, ‘Why do you hate me? What is it about me? Is it my skin color? My history? My dreadlocks?’”

In the beginning, Furniss refused to answer the man, who pleaded with him to answer his questions. See, Courtney just wanted to understand what drove such a race-based mindset. Instead of becoming violent (which would have been extremely easy to do) the black man decided to do something that most people would think insane.

“I reached over and the third time he wrapped his arms around me,” Courtney said, “and I heard God whisper in my ear, ‘You changed his life.’”

This is exactly what we need in the United States. We need to be willing to sit down with people we consider the “opposition” and just talk with them. We don’t have to come away agreeing on everything, but we can at least maintain civility.

All too often we are eager to dehumanize those who disagree with us, reducing them to no more than political opinions and rhetoric. It’s time that we, as a country, decided to move beyond that way of thinking. This could be the first step.