If you want to see[1] what the Black Lives Matter movement is really all about, just look at the Canadian branch. The co-founder of the Toronto faction tweeted something very disturbing this week asking Allah for the strength to restrain her will to murder “white folks.” She’s evidently barely containing herself from mass slaughtering white people and she is still free as a bird. Hello! She’s going to do it at some point if she isn’t stopped. This woman’s name is Yusra Khogali. Last week, she made death threats against the police there. Crickets. 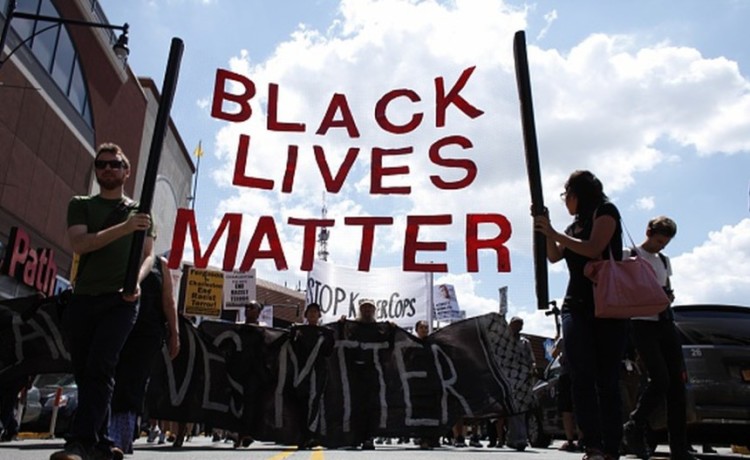 The co-founder of Toronto’s Black Lives Matter movement is in hot water after her recent tweet[3] asking Allah for strength to restrain her will to murder “white folks” was discovered. 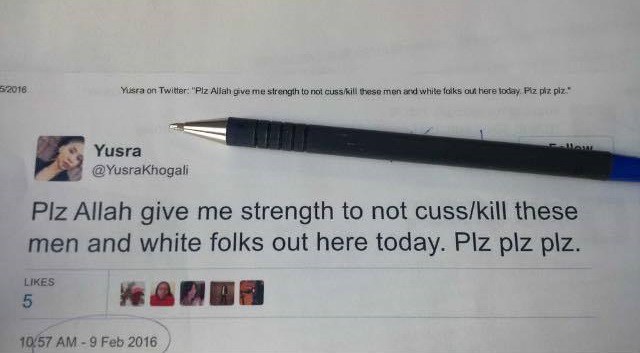 Yusra Khogali is the co-founder of Toronto’s Black Lives Matter movement, a far-left, radical organization of like-minded individuals who revel in professional victimhood and frame blacks as an oppressed proletariat combating under the heel of systemic white supremacy perpetrated by law enforcement.

The founder of BLM was Muslim, I believe. They are violent and racist and they are gearing up for massive protests here in the US this spring and summer. Mark my words, if the American Spring is allowed to proceed the way it is going, there will be blood in the streets. That’s what these people want. According to The Star: “Reaction online was mixed, with many calling Agar out for antagonizing the protest movement while others sympathized with his position. Public relations consultant Marjorie Wallens suspects the general public is willing to forgive the group’s missteps given it’s a “not a professionally organized group that has sophisticated messaging. Their passion is there and I think in the court of public opinion people would look at it and say, ‘Well, there’s an issue,’” she said. “It might be a bit more disorganized or some people may say inappropriate or incendiary things, but… they have gotten the attention of the various governments and the police.” She added the Toronto demonstrations should “get points” for being relatively calm and contained. “It’s a volatile situation and issue that could be incendiary as it has been shown in the US to be,” she said.” So, these animals are being given a pass and their violent rhetoric is being justified. This is going to get a whole bunch of people killed.