It’s a solid fact[1] that ‘black on black’ crime is simply out of control. Especially in places such as Chicago. It far exceeds whites killing blacks. It’s not even close. Black Lives Matter is calling this demonstrable fact a ‘myth’. The reasoning behind this defies understanding. It is gobbledygook and is nonsensical in the extreme. Goggans, the core organizer of BLM, added: “It’s not just a few white cops killing a few unarmed black men. It’s actually the state systematically creating up systems that are killing black people, both black women, black children, black queer, black men, black trans and black gender non-conforming folks.” This guy is simply delusional… oh, and a violent racist. 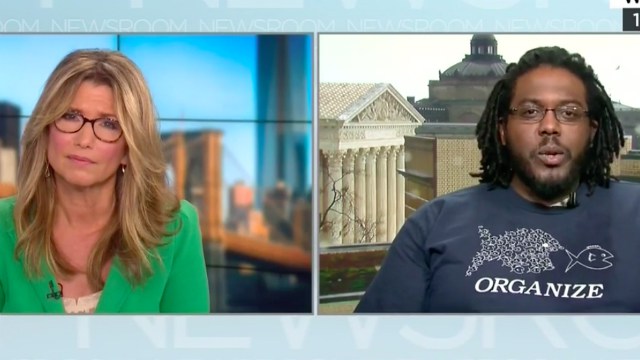 “It’s important to talk about the myth of black-on-black crime as just that — a myth,” Goggans explained. “Any Google search of the term comes up with a lot of different articles.”

Part of that ridiculous statement pertains to emptying the prisons. BLM views incarceration as a place for killing black people instead of punishing criminals. Goggans was responding to a video former Baltimore Ravens linebacker Ray Lewis posted earlier in the week in which he called for removing guns from the streets as a key part of solving the problem of black-on-black crime. That wouldn’t stop the crime… it would disarm the innocent and leave them defenseless and let those such as BLM do as they please. A big part of the problem is immorality… when you take God out of everything, people start to act like animals. Then you have Marxists stirring up racism and hate and that makes for a volatile cocktail all by itself. Add to that the soft depression we are in and the massive lack of jobs out there caused by Progressive policies and you have ‘intercommunity killing fields’. I’m sure Goggans can wrap his brain dead noggin around that concept. He’s part of the problem, not the solution.