Texas Congresswoman Sheila Jackson Lee came under fire recently after it was reported that she boarded a United Airlines flight without a ticket, which caused the airline to bump a first-class passenger to economy. The airline then lied to this customer, saying that she had cancelled her reservation on the app provided by the company, but a cursory search of her most recent reservations quickly proved that to be false.

Jean-Marie Simon is rejecting the idea that elected officials should be allowed to walk all over taxpayers and she’s refusing to shut up about the incident. After having Jackson Lee infer that she was a racist for bringing this to attention, Simon is more dedicated to the fight than ever. 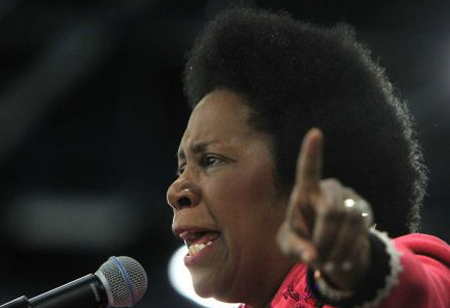 Simon refused the label of “racist” and stated that she had no idea who had taken her seat. Skin color isn’t the issue here, entitlement is.

“That could have been Donald Duck in my seat,” said Simon, who has identified herself as a Democrat. “I could not see who had boarded the flight. I didn’t even know who she was.”

Following the incident’s publication on social media, Jackson Lee gave the least apologetic apology I’ve ever seen. This is like one of those passive-aggressive statements you make when you want to throw shade at someone without tagging them directly.

“Since this was not any fault of mine, the way the individual continued to act appeared to be, upon reflection, because I was an African American woman, seemingly an easy target with the African American flight attendant who was very, very nice,” wrote Jackson Lee. “This saddens me, especially at this time of year given all of the things we have to work on to help people. But in the spirit of this season and out of the sincerity of my heart, if it is perceived that I had anything to do with this, I am kind enough to simply say sorry.”

Simon isn’t about to let Jackson Lee or United off the hook in dealing with this travesty of customer service. To lie directly to a paying customer’s face and tell her that she cancelled her reservation just so they could give her seat to a politician who will cry “racism” if they don’t is just abhorrent.