This ad is confusing at best. I’m not entirely sure what they were going for here. It doesn’t appear to be malicious or mean-spirited, which makes it all the more befuddling. What was the point? What was the message they were trying to get across?

Dove has a long history of including women of all colors, shapes and sizes in their ads to prove that their products are for everyone, which makes this ad even more strange. Perhaps there was some well-intentioned meaning behind this that simply didn’t translate to many Americans who saw this ad as “racist” or something like it. 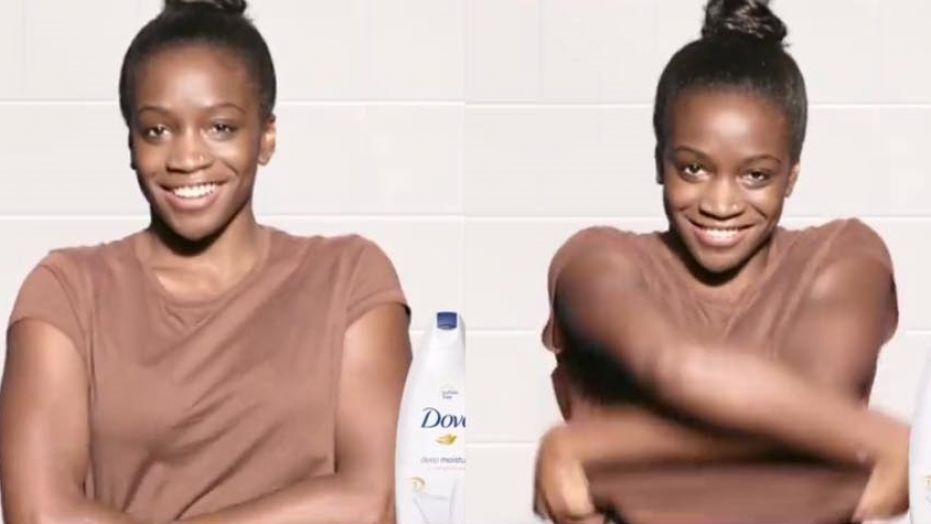 The ad posted by Dove showed a woman of color reaching down to take off her shirt for two frames, then below that, a white woman who was taking off a brown shirt. Apparently this repeated and showed a third woman wearing a shirt of a different color, but the ad only showed the black and white women.

That is when social media took over and the wildfire raged out of control.

So I'm scrolling through Facebook and this is the #dove ad that comes up…. ok so what am I looking at….Goodmorning…

Dove made no attempt to defend themselves or explain the ad. Instead, they leapt right into apologizing for the ad, saying that they will learn from it and do better in the future.

Dove is committed to representing the beauty of diversity. In an image we posted this week, we missed the mark in…

If this “missed the mark” I’m curious as to what the “mark” was to begin this. I wish they would have at least attempted to explain, because while I understand the whole “taking off your shirt and someone else being underneath to show that we’re all the same inside and that’s why Dove products are made for everybody,” releasing just the picture of the black woman taking off her shirt and there being a white woman underneath compounded with being an ad for soap is a recipe for disaster. I can’t imagine what they were thinking. Did they not focus group this? Who approved this? They need to be fired immediately because this is going to be bad for the company. They could lose business over a perfectly innocent ad that was badly timed for stills.

Something tells me they’re going to be a whole lot more careful in the future with their ads. When you incorporate diversity into your marketing, you tread a fine line of being either a barrier-buster, or a racist who deserves to have your corporation shut down. With as much animosity as there is surrounding race discussion, it’s best to just play it safe and not try to do something that could be construed as racist.