I have no doubt[1] that Louis Farrakhan and The Nation of Islam was part and parcel of the terrorist attack last night in Dallas that murdered five police officers, wounded seven more and two bystanders as well. He’s been preaching his brand of hate his whole life. He must just be giddy today over this. Farrakhan has been pushing for a race war forever and last night was exactly what he had in mind. Micah Xavier Johnson, one of the shooters, spouted rhetoric that echoes things Farrakhan said only hours before. I don’t believe in coincidences. 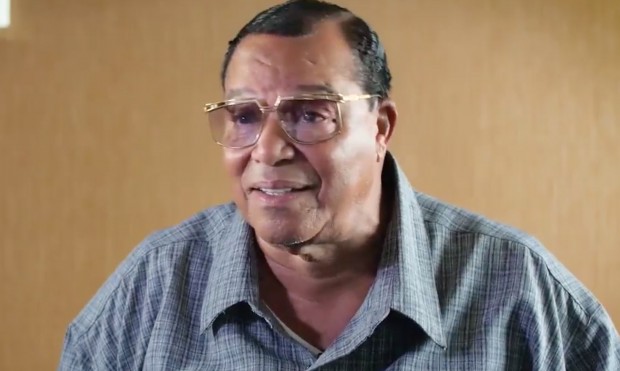 Hours before gunmen opened fire on police officers in downtown Dallas, killing five cops and injuring seven others, Louis Farrakhan posted a message of hatred and violence against white people on social media.

Dallas Police Chief David Brown said on Friday that one of the suspected shooters, Micah Xavier Johnson[3], told officers he was angry about recent police shootings and wanted to kill white people.

“When you are willing and not afraid anymore to pay the price for freedom — don’t let this white man tell you that violence is wrong,” Farrakhan said. “Every damn thing that he got, he got it by being violent — killing people, raping and robbing and murdering. He’s doing it as we speak, and then he has the nerve to come and tell us that violence and hatred won’t get it. Don’t buy that!”

Speaking about white people as one entity, Farrakhan proclaimed, “He is worthy to be hated.” He also claimed that “God hates,” and man is no better than God.

Johnson was killed when a robot set off an IED that he had planted. No great loss to be sure… but before he went on his merry way to hell, he told the officers that he hated white people and wanted to see them and cops dead. He said judgement day was here and that many more cops would die as well. Farrakhan has preached that white people are worthy of hate and should be ‘eradicated’. The cell of snipers last night were going by his playbook. If any of us made the same statements that Calypso Louie makes over and over, we’d be in prison. Instead, this man has dined with Barack Obama and has hobnobbed with every racist radical in the country with no repercussions whatsoever. Farrakhan is simply moving on to the next stage which is actual violence and murder. Maybe his letter is not so shocking after all.