I was wondering when the Reverend Jesse Jackson would bring his race baiting to the NFL kneeling protests. He finally showed up and what he spouted was sheer racist insanity as usual. I’ve seen so little of him lately, I wondered if Jackson was still skulking around out there. For some reason I will never understand, Fox Sports’ had him on. He outrageously and with a straight face told Skip Bayless and Shannon Sharpe that black athletes haven’t made “very much progress” since the days of slavery. Define ‘progress’ you racist idiot.

Jackson went off on the wildly misinterpreted third verse of the National Anthem… they all do when they have no other argument for kneeling during the anthem. It was just embarrassing, which is nothing new for Jackson. Doesn’t he have a son to visit in prison or something? Jackson went on to stunningly say that blacks who make millions playing in the NFL and the NBA haven’t really come very far from black slaves who picked cotton. WTH? Seriously? Have you seen how they live? It’s a far cry from breaking your backs in the cotton fields, trust me. 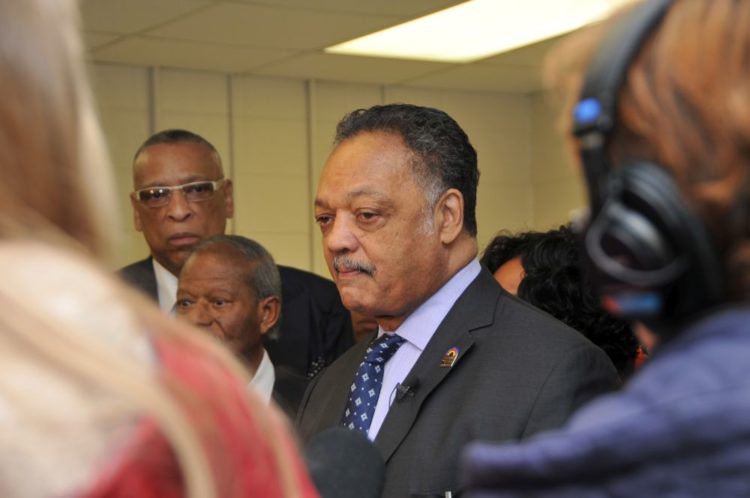 “To go from picking cotton balls to picking footballs and basketballs without freedom is not very much progress,” Jackson said Monday. “It’s just a lateral move.” That’s moronic. These players have more freedom than just about anyone else in America and they live a lifestyle that would make certain sultans blush. There is no oppression here and as Ben Stein astutely noted, no institutionalized racism. Picture in your mind a REAL slave and then think of a spoiled, millionaire football player. Tell me how that is a lateral move, you putz.

That takes giblets to sit there and say something so off the wall and stupendously outrageous that no one could swallow it. They should have gone to commercial and kicked his race-baiting ass off the set for that one. I’ve got news for Jackson, not only blacks picked cotton. My family is white and they picked cotton too at one time. It was brutal work and worlds away from mansions, sports cars and pools of the rich and famous in the sporting world.

I’m sick of those such as Jackson screaming how persecuted black people are. They aren’t for the most part. And people of ALL races are persecuted and enslaved, not just African Americans. There are black athletes in football, baseball, golf, tennis, hockey and basketball… many are wealthy and far from enslaved. That doesn’t include others that are entertainers, rock stars and politicians. It certainly doesn’t account for wealthy business people and entrepreneurs who are black. What Jackson said is grossly insulting to them and all of us.