So very lame.[1] Leftist activists are going to embark[2] on a ten-day march from Charlottesville, Virginia to Washington, DC because of white supremacy and to just generally blame it all on President Trump and demand his removal from office. I would say that Rosie O’Donnell and Maxine Waters would be in the mix, but one is too lazy and the other is too old. The promise of daily non-violent demonstrations rings hollow as well. Antifa, communists and Black Lives Matter will probably get their violence on there just to make a point.

They can demand until they are blue in the face, but President Trump is not going anywhere. So, they’ll just keep ratcheting up the racism and violence until there is all out chaos in the streets and martial law. It’s what communists do. They want to overthrow the government and have a revolution and they feel now is the time to move. Welcome to the American Spring. There’s is no shortage of useful idiots to keep this up either. George Soros and other Marxists are dumping a ton of money into it and the communists are organizing and egging it on. This is just the beginning of what could be a full-fledged civil war. 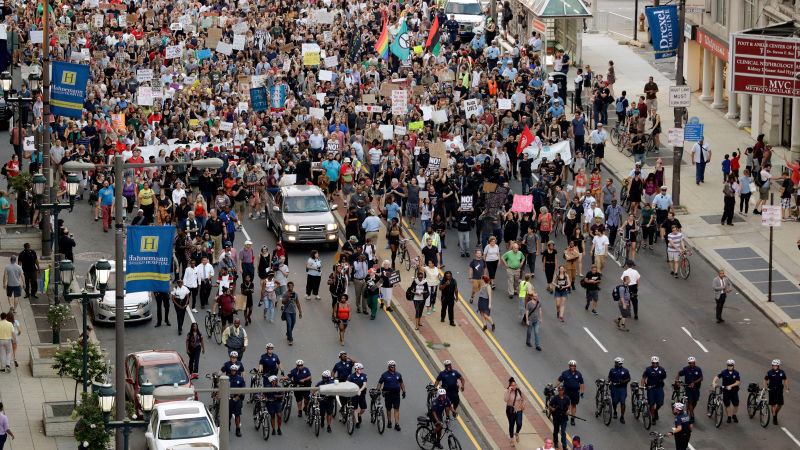 Activists are set to start a 10-day march from Charlottesville, Virginia to Washington, D.C. on Monday to confront white supremacy and demand President Trump’s removal from office.

“The March to Confront White Supremacy,” is set to start in Charlottesville Monday, Aug. 28 and end in Washington, D.C. on Wednesday, Sept. 6. Organizers say the march will be followed by an occupation of Washington, D.C. with daily nonviolent demonstrations.

“This is the time to confront white supremacy in our government and throughout our history. We demand that President Trump to be removed from office for allying himself with this ideology of hate and we demand an agenda that repairs the damage it’s done to our country and its people,” the website[5] for the march reads.

“This will be a sustained civil disobedience campaign, so bring what you need to stay,” they added.

“The March to Confront White Supremacy,” is being planned by a number of activist groups such as the Women’s March, Working Families Party, the Action Group Network, United We Dream, Color of Change, and others.

Charlottesville was the catalyst these thugs needed to go nuclear. The media is supporting and promoting them by softening what they are called. They have laughingly labeled them as a multi-racial coalition of faith, student and community activists… i.e. communist radicals. The list of organizations involved in the march includes the Women’s March, The Movement for Black Lives, the AFL-CIO and Democracy Spring. Notice a red trend here? I sure do.

Participants will walk as far as 17 miles per day and sleep in churches along the route. I wouldn’t allow these reprobates in my church, but hey… that’s just me. The march is set to pass through Ruckersville, Culpeper, Manassas, Fairfax and Falls Church, an online timeline said. Other groups partnering in the radicalized effort include: Color Of Change (Van Jones), Action Group Network, Center For Popular Democracy, IfNotNow, IUPAT, The March For Racial Justice, Million Hoodies For Justice, The People’s Consortium, PICO, Resist Here and United We Dream. You’ve got communists, unions, militant black activists and radical leftists. Sounds like a party… no doubt about it. 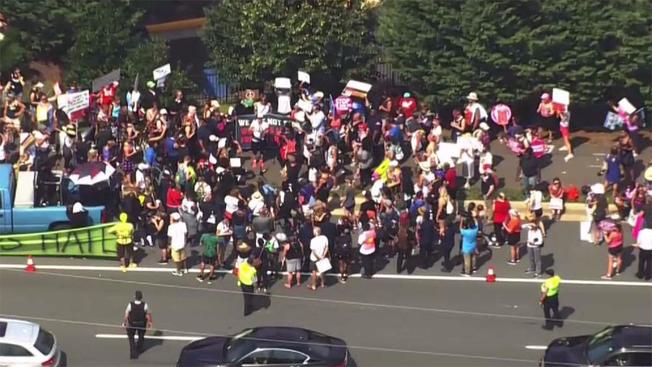