SJW Wonder Woman Turns Out to Be Hate Hoaxer

Congratulations to Kathy Mirah Tu, an undergrad whose Facebook post was shared over 20,000 times and amassed over 5,000 comments. Unfortunately, like so much on Fakebook, it was fake:

According to Tu, she was walking across the Washington Avenue bridge on the University of Minnesota campus Wednesday when she was accosted by a white man, who was accompanied by a group of friends.

Tu says the man yelled that she should “go back to Asia.” Tu was “shocked,” and tried to walk away from the man, who she says pursued her, telling her she was being disrespectful.

Tu says the man’s call for her to leave the country was especially insulting to her, since she’s an American citizen. She also wrote that he blamed “affirmative action” for her getting into the University of Minnesota.

Tu writes she again tried walking away from the man, who grabbed her by the wrist.

From there the situation escalated until Tu was forced to employ her Social Justice Warrior Woman of Color superpowers. Here’s how she described it:

“He took my warning as a joke, and said ” okay, lets fight then, you can’t beat me anyways look at how small and shrimpy you are”, and he actually dared to punch me ( more than once). Things got serious really quick cause kathy doesn’t mess around with that stuff. Before he could attack me again I used my self defense skills and got out of the hold he had on my wrist and punched him straight up in the throat ( Which honestly I am not apologetic for what so ever).”

No doubt Wonder Woman theme music was playing in the background.

According to Tu’s increasingly improbable story, the other bullies called the cops on her for beating up their friend. She was placed in handcuffs.

She writes she was eventually taken out of handcuffs, and after hearing a warning delivered in “police jargon” was allowed to leave on her own volition.

It’s this last part, about Tu’s troubling interaction with the police, that’s tripping people up… Neither the University of Minnesota Police Department nor the Minneapolis Police Department has any record of responding to a call on the Washington Avenue Bridge.

Despite all the shares she was getting, Tu has deleted her Fakebook post. 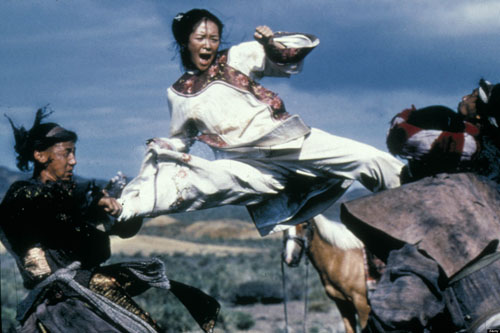 On a tip from Dave F. Cross-posted at Moonbattery.