So much for team spirit. Missouri Football Players Boycott Team Activities Until This Happens…

A bunch of black football players[1] on the University of Missouri football team Tweeted out last night that they refuse to take part in team activities until the university president resigns from office. I say, kick every one of them off the team. No big loss. If this is the kind of respect you show your university and your team, then you shouldn’t be part of it. They claim that University of Missouri President Tim Wolfe has been too slow in response to racial slurs and they aren’t standing for it. From what I understand, Wolfe is for all students’ rights and that is what they object to. So much so, that one graduate student is on a hunger strike. Let him starve if that is what he chooses to do. It’s still a free country. 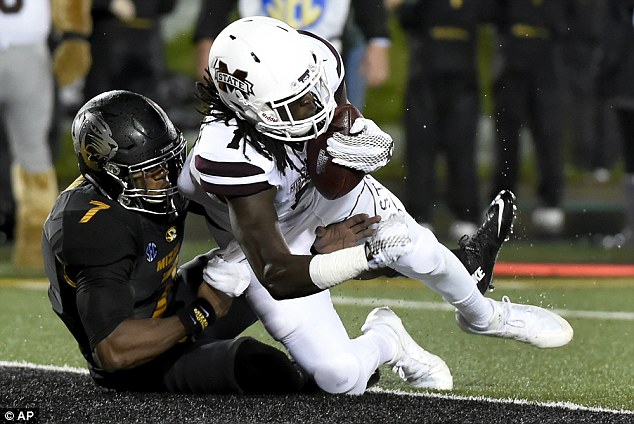 COLUMBIA, Mo. (TheBlaze/AP) — Black Missouri football players announced Saturday night on Twitter that they will not participate in team activities until the university president is removed from office.

The statement from the athletes was tweeted out Saturday[3] by several members of the football team, including starting running back Russell Hansbrough.

The move aligns the team with campus groups who have been protesting the way university president Tim Wolfe has dealt with issues of racial harassment during the school year. Jonathan Butler, a black graduate student, is in the sixth day of a hunger strike to call attention to the issue. 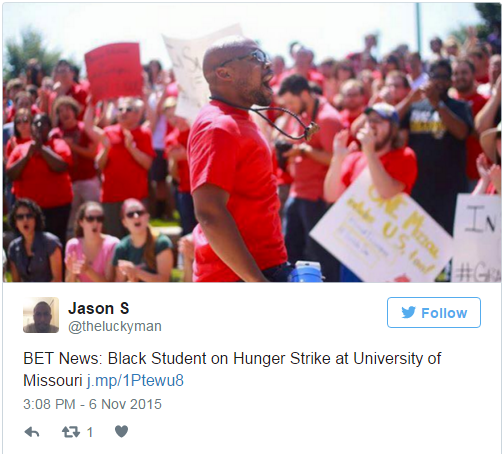 The statement from the players included a photograph of 32 black men, including Butler. In the photo, two players have their arms linked through his: 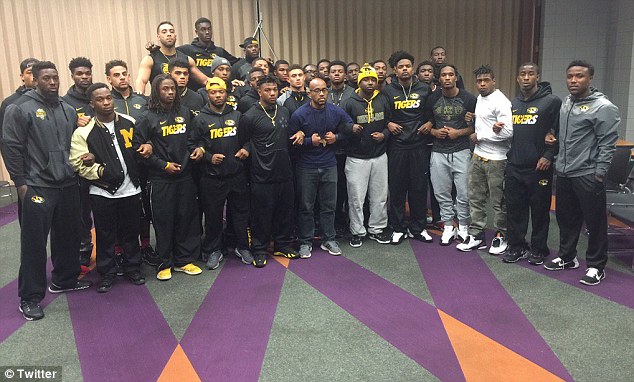 The message reads: “The athletes of color on the University of Missouri football team truly believe ‘Injustice Anywhere is a threat to Justice Everywhere’ We will no longer participate in any football related activities until President Tim Wolfe resigns or is removed due to his negligence toward marginalized students’ experience. WE ARE UNITED!!!!!”

Wolfe met with Butler and student groups on Friday to discuss the university’s handling of racial harassment cases. 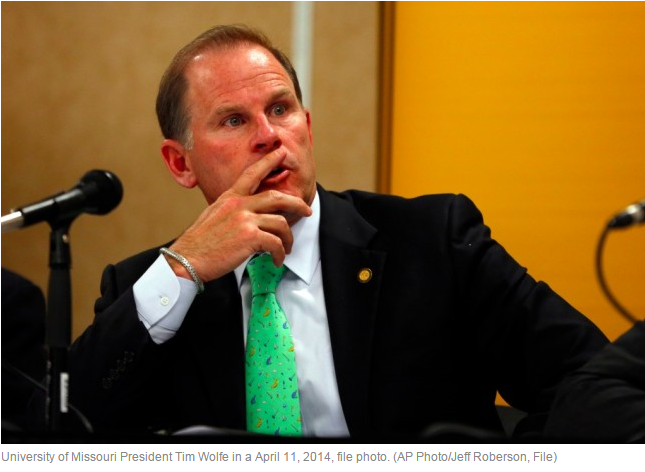 Butler also has expressed concern about other student issues, including the removal of graduate student health care subsidies and an end to university contracts with a Planned Parenthood clinic.

Student groups have been critical over how Wolfe has handled issues of race and discrimination, and blocked his car at homecoming in an attempt to speak with him. They have complained that the use of racial slurs is prevalent. In April, a swastika was found in a Missouri dormitory, and officials said last month they were investigating another act of vandalism that targeted minorities. 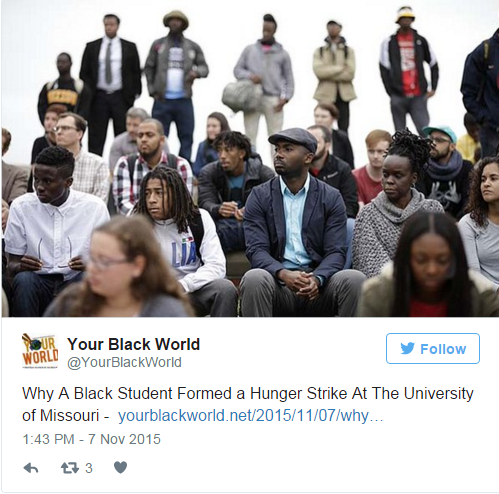 The campus of 35,448 is mostly white. Approximately 17 percent of the student population identifies with a minority group, according to the university website.

Missouri last played Thursday night at home, losing to Mississippi State to fall to 4-5 on the season. The Tigers have three more games left, including next Saturday at home against BYU.

They are also whining about Obamacare subsidies being removed and the ending of Planned Parenthood contracts. What does that have to do with football? Do players get abortions now? This is total leftist, racist, Marxist claptrap. Wolfe has been far more patient with these jerks than I would be. Race has nothing to do with it. They claim to have found a swastika in a dorm. Color me highly skeptical on that claim. If there was one, it was probably a liberal plant. These idiots have been threatening Wolfe for some time and he has stood his ground regardless. Expulsion should be considered here as well. Enough of the social justice bull crap. That’s not why you went to college, you dolts. This looks like a deflection because of a mediocre seasonal performance to me.