What the hell can I say to this madness?  I think we may need to start the process of just putting all crazy people like this in one state and building a wall around it.  If a mayoral candidate like this actually wins, I nominate Missouri for this project and we can have Trump make them pay for the wall[1].

Umar Lee announced this week that he is running for mayor of St. Louis. Muslim Umar Lee was arrested in Ferguson Missouri in September.
Umar Lee once threatened to behead his critics and watch them squeal “like Daniel Pearl.” 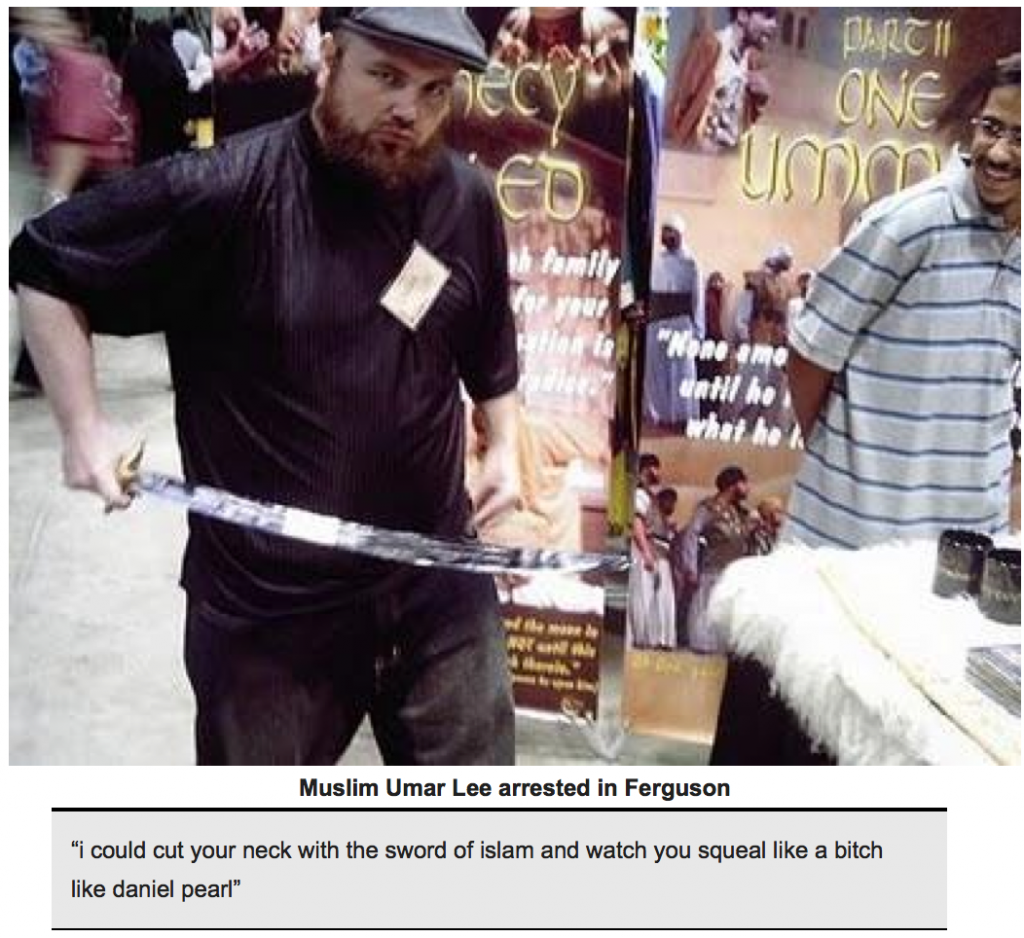 In August after several months of protesting and disrupting the peace in the St. Louis area Umar Lee was fired from his job after another public disturbance in the county.

Adam Sharp interviewed Umar Lee this week after his announcement.

Umar believes all conservatives should support his campaign – including Gateway Pundit.

This type of crazy is CRAZY!  I have no idea what this country is even coming to anymore.  The level of anger and violence just keeps growing and growing.  All of these cities that have these high crime rates are all lead by democrats.  Maybe the plan should be that we just separate people by Red and Blue states?  All Libs go to Blue and all Conservatives go to Red.  Of course all the radical Islamist can move to the Blue states.

Who else should we send to the Blue States?