Hate crimes carry heavy penalties when someone is convicted of one. But what happens if someone is found to have faked one? The punishment is much less severe — or, in the case of three college students, practically non-existent[1]. 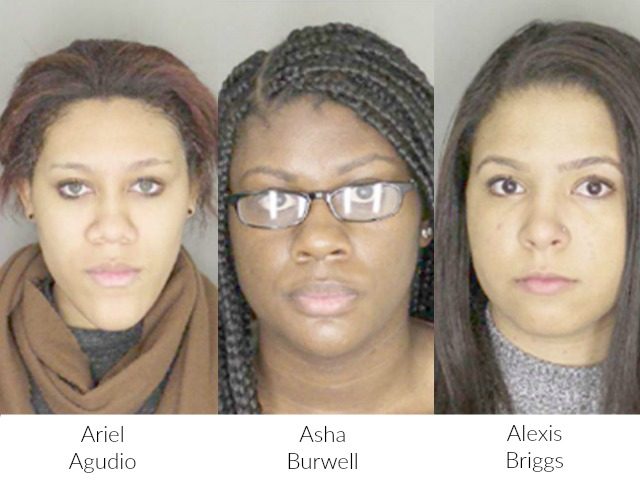 Ariel Agudio, Asha Burwell and Alexis Briggs were all students at the University at Albany. They claimed that they were attacked while riding a bus by a group of white men, who called them the n-word and assaulted them. The three students also got into a fight with other bus riders, but accused the other people of starting the altercation.

The hate crime accusation took off like wildfire. A Twitter hashtag campaign was launched, #DefendBlackGirlsUAlbany. Protest marches at the school took place, with Black Lives Matter participating and arranging for speakers to attend. NFL players and celebrities began to chime in. And even Hillary Clinton spoke up about the alleged incident:

There's no excuse for racism and violence on a college campus. https://t.co/ADVghl4iEv[3] -H

But things quickly began to fall apart. Police began reviewing cell phone footage and found that the footage didn’t match what the girls claimed happened. Not even a month passed before all three were charged with filing a false hate crime report.

At first, all three denied that it was faked and refused plea deals. But Briggs eventually cracked, admitting that they made it up and pled guilty to disorderly conduct, apologized for lying and was ultimately sentenced to probation and 100 hours of community service.

The other two students, Ariel Agudio and Asha Burwell, were last to be sentenced. Both received three years of probation and 200 hours of community service. The judge refused to give them jail time, as he said they had already faced “significant consequences.” And while none of the girls will face jail time, all of them were expelled from the University at Albany.

Do you think they received a fair punishment?