Trump’s election was allegedly followed by a massive wave of hate crimes inflicted by emboldened racist, sexist, antigay, Islamophobic xenophobes, which was avidly hyped into the sky by the media establishment. Some of these crimes were immediately revealed to be hoaxes. With others, it is taking a little longer:

At San Diego State, a Muslim student claimed that on the day after Trump’s victory, two men stole her purse and car keys while making pro-Trump statements. She later reported her vehicle stolen.

Also on Nov. 9, Kara Stevens, a 28-year-old black woman from Beaverton [Oregon], claimed that two white men attacked her with a brick and threatened to rape her and lynch her in a supermarket parking lot. She claims that the assailants made pro-Trump remarks and were driving a vehicle with a Trump bumper sticker on it.

The police have no definitive proof that these were hoaxes…

But they say they have not yet seen any evidence — no witnesses and no video footage — that the incidents occurred. Because of that and a lack of evidence, the probes have been suspended.

A spokesman for the SDSU police department says that the Muslim woman who filed the complaint about being robbed by Trump supporters informed investigators this week that she no longer wants to pursue prosecution of the case.

Why should she pursue it? The propaganda has already been generated and eagerly exploited by Islam’s liberal enablers in the media. Following up on an imaginary crime would be worse than senseless; it would reveal that she almost certainly invented the entire episode.

As for her car being stolen, she now says that she had forgotten where she parked it.

Aisha Sharif, a friend of the woman’s, told the school’s newspaper last month that her friend’s attackers made pro-Trump comments and targeted her because she was wearing traditional Muslim attire.

Whether Aisha is a witting or unwitting participant in a hoax is unknown. However, her eagerness to spew crybully moonbattery is clear enough, so we’ll use her name on the Hate Hoax List.

As for Kara Stevens in Oregon,

Stevens claimed that her attackers, who were white men in their 30s and 40s, shouted Trump’s “Make America Great Against” slogan. They also drove a vehicle with a Trump bumper sticker, she said.

“I legitimately was coming to terms with the fact that I was probably going to die,” she told KGW news station.

“Just turn her into our sex slave,” she claims one of her attackers said. “‘When we’re done with her, we could string her up by a tree or something.’”

Sex slave? Please. This is a job for a psychiatrist, not the police, who have suspended the case due to lack of suspects, leads, or any other reason to take Kara seriously. 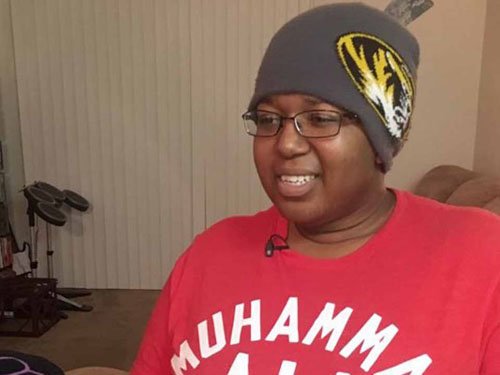