Alfonso Rachel, host of Zonation[1] on YouTube, reacted to the First Lady’s recent remarks at the commencement address at Tuskegee Institute, and he didn’t hold back. Luckily he won’t be called a racist for this common sense video, since he’s black. How sad is it that we have to think that way now? 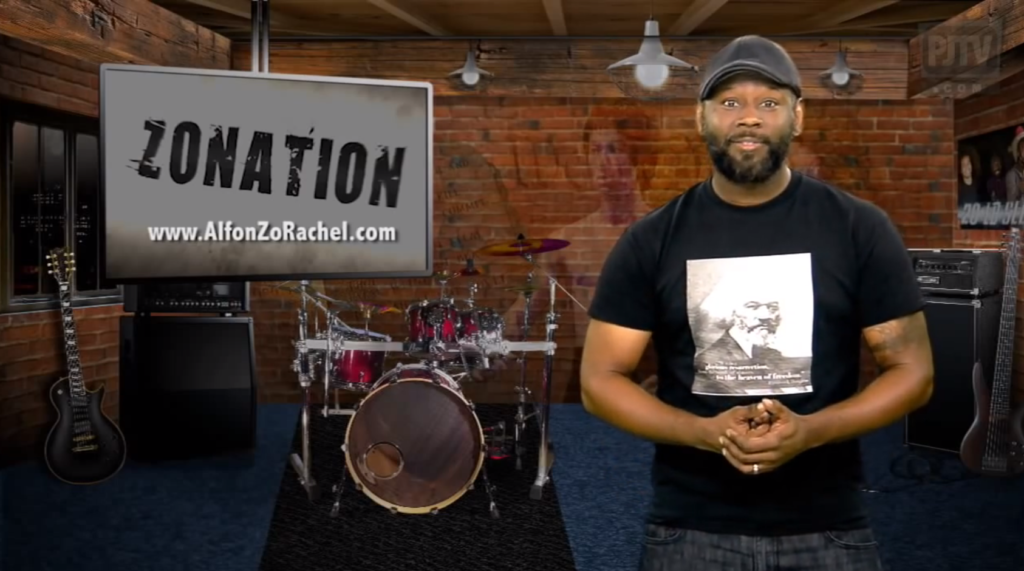 In a recent installment [4]of Zonation, host Alfonzo Rachel reacted to Michelle Obama’s recent commencement address at Tuskegee University. As Western Journalism reported[5], the first lady used the forum to spread a message of victimhood among black graduates.

“I’m disappointed that the students at Tuskegee University didn’t get up and walk out on Michelle Obama’s speech,” Rachel said. “It’s like the graduates spent all that time at the college and didn’t learn anything worth a hard donut.”

He explained that the university’s founder, Booker T. Washington, railed against the type of race-baiting used by Obama in her speech. Even in Washington’s day, the former slave was able to recognize that self-serving instigators hoped to profit by maintaining discord within the black community.

“The sad part is that despite your supposed pro-black mentality,” Rachel said directly to Obama, “the black community doesn’t prosper for it. The black community is growing in discontent; and this is what you want.”

Diagnosing what he sees as the true impetus behind such divisive language, the host declared that Michelle Obama and her ilk will not be satisfied until every American is as miserable as they are.

“This is when we will have justice,” he said. “That is when America will be purified – when it is fully baptized in a lake of misery.”

Using his online program to share an alternate message with college graduates, Rachel explained what will actually help heal the racial divide currently plaguing the nation.

“What makes the tension die down,” he concluded, “is getting out there and using your God-given talent to be of good service to each other. That’s what gets respect.”

You can watch his full video below:

Do you think he nailed it, or did he miss the mark? Comment below.