In an age where it seems like every innocuous phrase and action is considered racist, legitimate stories like this are passed over by the mainstream media. According to the victims, a group of about 30 black teens attacked a white family, yelling “get that white!”[1] Pictures of the victims show the damage done by the thugs. 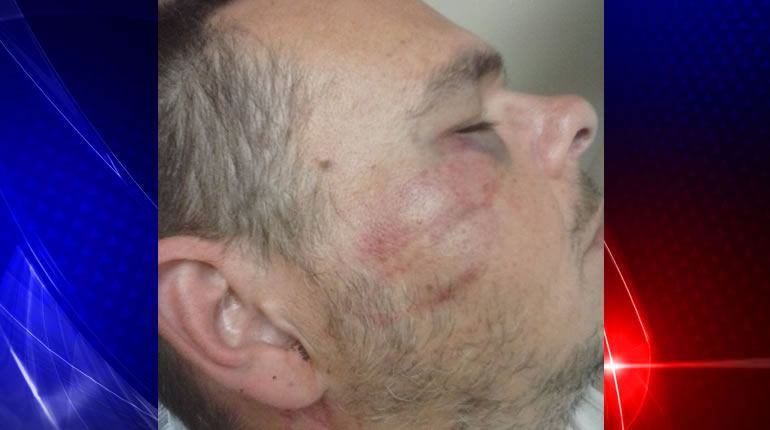 From The Gateway Pundit[3]:

A white family was viciously attacked last Friday night in Florence, Alabama by a group of between twenty and thirty Black teens who yelled, “Get that white!” according to one of the victims..

A white family was viciously attacked last Friday night in Florence, Alabama by a group of between twenty and thirty Black teens who yelled, “Get that white!” according to one of the victims.

“According to the victim’s wife, who witnessed the attack, the group “was using slurs of race” while tasing her husband and beating him.

““Randomly, they just him me in the back of the head,” said 14-year-old Brandon Dawes. “I didn’t think nothing of it at first because, well, I thought maybe somebody tripped or something.””

Juli Dawes, the wife of Kevin Dawes, told WHNT in a videotaped interview about the attackers assaulting her husband.

“They’re screaming you know, yeah, ‘get that white!,’ you know and Tasing him and laughing and taunting.”

Both Kevin and Juli Dawes described the mob as a “wall of people” in separate interviews with WHNT.

The mob first attacked fourteen year-old Brandon Dawes from behind, then swarmed the father as he tried to protect his son—savagely beating and Tasing Kevin Dawes–and then smashed the windows on the family’s van as the wife and the couple’s four-year old boy cowered inside.

The sound of sirens from approaching police cars responding to the mother’s 911 call caused the mob to break off the attack and flee, according to the Times Daily.

This is true racism and these are the kinds of stories that need the most time on the news. If you think “are you lost?” is racist, (Yes, it’s a thing, look it up) but actions like this are excusable, you’re part of the problem.