***BREAKING*** Will Ferrell BACKS OUT Of Reagan Role!

Looks like Will Ferrell[1] is a decent guy after all. He just backed out of doing the movie on Ronald Reagan and his Alzheimers condition that preceded his death. Reagan died of pneumonia complicated by Alzheimers. The movie would have portrayed Reagan entering his second term and falling into dementia. An intern would have convinced Reagan he was playing a president in a movie. It was obscene… you don’t make fun of something like this. Not if you have any heart and morals at all. I’m glad to see Ferrell had the good sense to back out of this atrocity. Not funny. 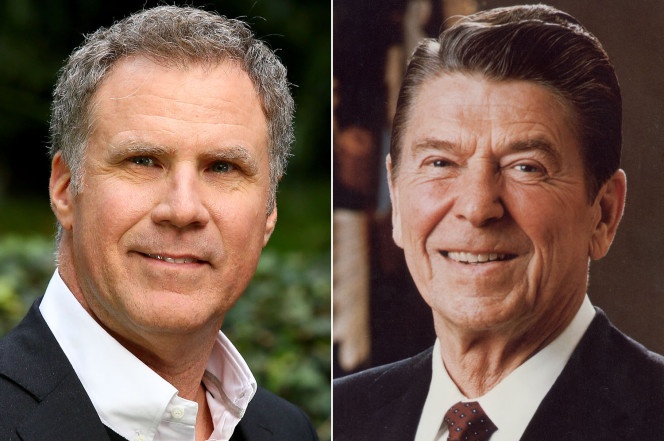 Will Ferrell[3] has backed out of a comedy about Ronald Reagan’s struggle with Alzheimer’s disease[4] following outrage from the former president’s family.

The 48-year-old comic confirmed Friday that while he had seen the script and considered signing on to star in and produce “Reagan,” he was no longer going ahead with the project.

A spokesperson for Will said, “The REAGAN script is one of a number of scripts that had been submitted to Will Ferrell which he had considered. While it is by no means a ‘Alzheimer’s comedy’ as has been suggested, Mr. Ferrell is not pursuing this project.”

I had said before, if I were Reagan’s family and the movie went forward, I would sue for defamation of character. The Reagan family was highly offended over this and the outcry went virally public. Not only was Ferrell supposed to star in the film, he was going to direct it. Suddenly, he wants nothing to do with it now. Wonder why? Reagan’s daughter Patti Davis told Page Six, “There’s nothing funny about Alzheimers. It is terrifying for the families of those who suffer from it. They live with the fear [of] what will change next, they have to live with this terror and grief every day. This movie is cruel, not just to my father, but to the millions of people who have the disease, and the millions more who care for them and watch them suffer every day.” She also wrote an open letter on her website, which reads, “Perhaps if you knew more, you would not find the subject humorous. Alzheimers … steals what is most precious to a human being — memories, connections, the familiar landmarks of a lifetime … I watched as fear invaded my father’s eyes — this man who was never afraid of anything. I heard his voice tremble as he stood in the living room and said, ‘I don’t know where I am.’” Reagan did not suffer from Alzheimers in his second term… this is the left trying to smear a great man once again. It’s despicable. 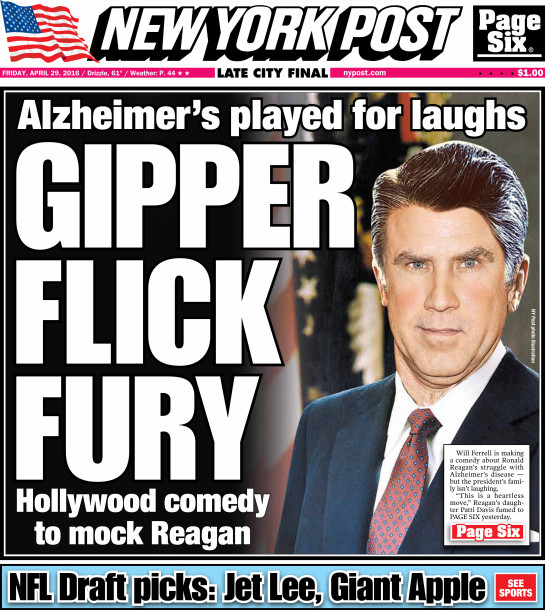