In God America Must Trust 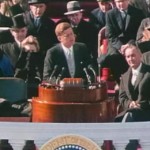 Today, despite the fact that their country is rapidly approaching $16 trillion in debt, there are millions of Americans wondering when they are going to get “their fair share” of what their country “owes them”.:  Thanks to continued distortion and misrepresentation of the facts by those in whom they have misplaced their trust, these Americans are clueless to the reality that the “hope and change” they were promised will never materialize, never come to fruition.

Not one single time in the history of human civilization has a nation taxed and spent its way into prosperity.:  That today so many Americans continue to believe they are “entitled” to “their fair share of free stuff” proves that P.T. Barnum was right many timesover. 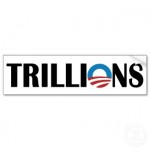 How did America get from where it was in 1960 to where it is now?

America’s Founding Fathers have been discredited and disrespected, its Constitution has been assaulted and ignored, and most importantly; reverence and respect for God is no longer viewed as a national necessity. 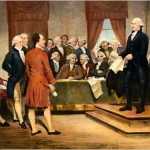 [3]America is the land of Liberty, E Pluribus Unum and In God We Trust.:  If Americans are to continue to hold the truths to be self-evident that all men are created equal, that they are endowed by their Creator with certain unalienable rights, Americans must return to reliance upon their Creator.:  America must restore being one nation, under God.

Americans need to overcome the wrongheaded notion that “progressive” big government will endow them with anything but a future of slavery to a tyrannical State.

America’s Founding Fathers fought a war for freedom from this form of slavery.:  They risked everything that they had.:  They risked their lives, their fortunes and their sacred honor.:  And while doing so, they established the idea that Congress shall make no law respecting the establishment of religion, or prohibiting the free exercise thereof.

That is not freedom from religion.:  That is freedom of religion.:  It states that America will never be a theocracy. 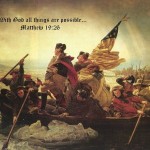 [4]George Washington, historically remembered as the father of his country said: “Let us with caution indulge the supposition that morality can be maintained without religion. Reason and experience both forbid us to expect that national morality can prevail in exclusion of religious principle.”

We know the names and faces of the famous Founders.:  But many anonymous Patriot souls died in that fight against tyranny so that future generations could enjoy the fruits of their struggle.

A new generation of Americans must now declare to themselves, their fellow Americans and to the world that they would rather die free than live as a slave to “progressive” big government.:  : That they will exercise their right to worship as they see fit, and defend the right of every other American to do likewise.

Another inspiring President once said: “You and I have a rendezvous with destiny.:  We will preserve for our children this, the last best hope of man on earth, or we will sentence them to take the first step into a thousand years of darkness.:  If we fail, at least let our children and our children’s children say of us we justified our brief moment here. We did all that could be done.”