A Chicago Occupy Wall Street protester[1] and journalist has just gotten a taste of what a no-go zone is really like in Sweden. You know, that place the media made fun of President Trump for pointing out that they are rife with Islamic terrorism and are the rape capital of the world. Well, it turns out that he was absolutely correct just as counterterrorism experts said he was. Tim Pool took up Paul Joseph Watson of InfoWars on an offer that he would pay $2,000 towards the cost of the trip for any journalist who was under the delusion that Sweden’s immigrant zones were safe, to actually, you know… go there. So, Tim Pool did just that and got a very nasty surprise.

Pool was exploring a “no-go zone” in the Rinkeby suburb of Stockholm, when he and his sidekick were accosted by refugees. “They (the police) said it would be smart if they followed us out,” he wrote, as noted by Mashable. “He said, ‘if we make an arrest right now there could be 50 people here in minutes with stones. As we were walking out people started following us. The police escorted us to our car and we left.” They are really lucky they got out of there unscathed. Most people are not so fortunate as these two were. 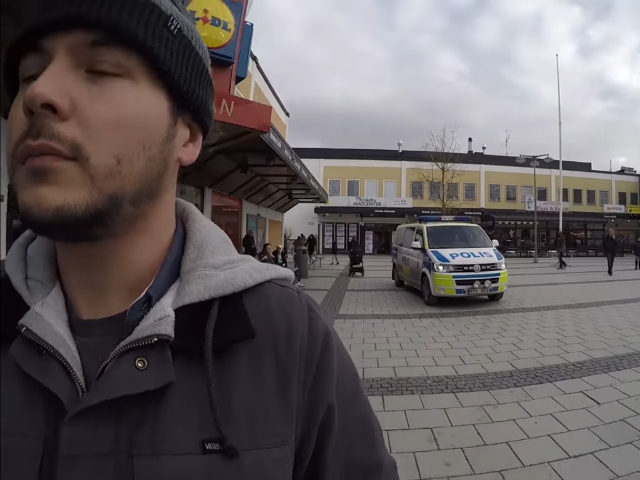 A Chicago video journalist has learned firsthand that much of what the liberal mainstream media[3] peddles about all of Sweden being a safe and glorious utopia brimming with multicultural love and harmony is a lie.

This video journalist was Tim Pool, a high-profile Occupy Wall Street protester[4] who last month accepted a dare of sorts[5] by U.K.-based Infowars contributor Paul Joseph Watson, who promised to pay $2,000 toward the cost of the trip for any journalist who thought Sweden’s immigrant zones were safe to actually visit and get a taste of their conditions.

And, oh, did Pool ever get a taste. As reported by Breitbart[6], Pool was exploring a “no-go zone[7]” in the Rinkeby suburb of Stockholm when he and his team were accosted by masked men and had to be escorted to their vehicle by local police.

In Rinkeby, 2:30 PM, several men started masking up and following us. Police told us to leave and had to escort us to our car. pic.twitter.com/Tgm2eCSIaj[8]

Now, the media has turned on Pool[10], trying to say that the area he visited was not representative of Sweden. Right. Way to turn on your own by the way. According to a translation of a Kronen Zeitung report made by Breitbart two months ago, there are at least 55 “no-go zones” in Sweden, if not more. In the Swedish city of Gothenburg, an old mall was turned into a no-go zone by Islamic migrants. The whole country is like that and has basically fallen to the Caliphate.

According to the media[11], Sweden is a paradise BECAUSE there are refugees there. They should all have to go experience that paradise for themselves and then they would be singing a different tune… that is if they could still sing.

Riots broke out in Rinkeby, a Stockholm suburb, after President Trump warned of migrant problems in Sweden last month. The shopping area in Rinkeby is where an Australian television crew was attacked last year. The Channel Nine crew had come to the area to investigate the effects of mass migration when they were approached by several men and were punched, kicked and rammed with a car. Only months later in Husby, another no-go migrant-heavy suburb of Stockholm, a Norwegian TV crew was attacked in a cafe while they were interviewing Swedish-Iranian economist Tino Sandandaji.

Sounds to me like reality bites once you see the real situation for yourself in Sweden. This is what political correctness and Marxism get you… radical Islamists taking over a country from within and then the elitists and media telling you it isn’t happening. It’s like gravity, just because you don’t believe in it, doesn’t mean you won’t plummet to your death off a roof. Ask the gays in Iran about that. Oh wait… you can’t, they’re dead. My bad.

We weren't filming anyone, we were just talking to police. They started getting nervous as men started masking up around us. pic.twitter.com/FVAXHrtJtK[12]

I honestly thought I would be able to walk around the neighborhood no problems. I was wrong. 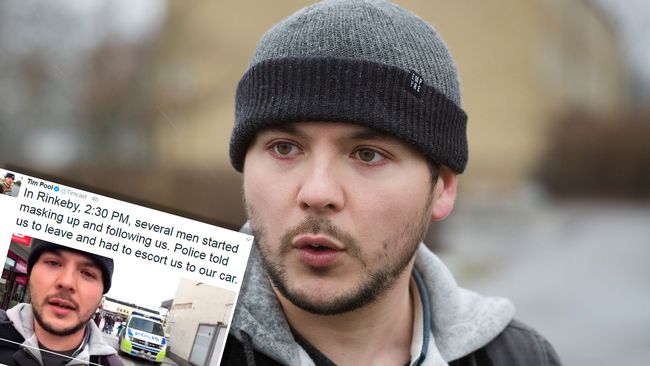