Yesterday, we learned that the federal appeals court made their ruling and that was to continue to block President Trump’s perfectly reasonable executive order on immigration and the travel ban[1]. 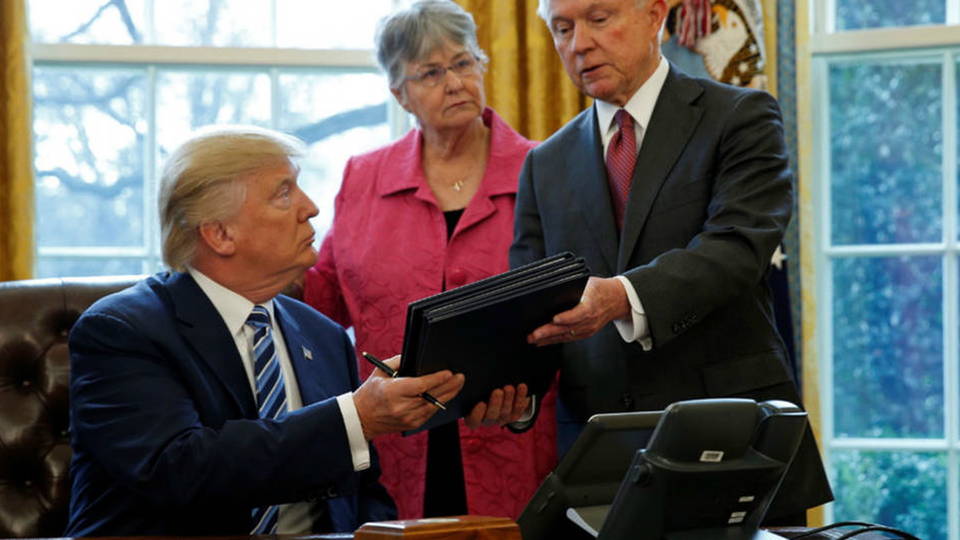 In the decision, Fourth Circuit Court of Appeals Chief Judge Roger Gregory writes that the executive order “in text speaks with vague words of national security, but in context drips with religious intolerance, animus, and discrimination.” The opinion continues that while the president has power to limit entry to the country, “that power is not absolute.”

As we all know already this is absolutely asinine to anyone with a basic understanding of the Constitution. It’s quite elementary. This is how the world works in general and is well within the authority of the President to decide.

The good thing out of all of this is… Attorney General Jeff Sessions totally gets it and that is apparent in his breaking announcement:

JUST IN: AG Sessions says they will be taking the travel ban case to #SCOTUS[3]. pic.twitter.com/u5Hlt5LOOe[4]

The Attorney General says the Justice Department will be asking the Supreme Court to review the appeals court ruling that blocked President Donald Trump’s travel ban. He is stating that the Justice Department “strongly disagrees” and will be defending Trump’s order vigorously. It describes their ruling as “efforts to strengthen this country’s national security.” These words are music to our ears…because they are the most basic truth of what is happening right now with all of this.

Sessions says Trump is not required to admit people from “countries that sponsor or shelter terrorism until he determines that they can be properly vetted” and don’t pose a security threat.

There is more good news to consider as well. How about that Neil Gorsuch confirmation? That’s look pretty darn good right now, yes? These rulings against Trump and the travel ban are nothing more than political posturing and it’s truly disgusting that it’s happening.

It appears right now that Trump has a pretty good shot in the Supreme Court, but it’s best to be safe. So pray. Pray for our country, her President and her good people…that our national security will get the upgrade it needs to keep us safe moving forward into a world that grows further darker everyday.