A woman in Vienna has been hospitalized and is now in recovery after she was beaten in broad daylight by a veiled Somali “asylum seeker” who took offense to the woman’s two dogs.

As reported in Breitbart[1]:

The victim, named only as Ingrid T., described how she was talking with neighbours at the gate of her garden, accompanied by dogs — her deaf, almost-blind, three-legged Collie mix “sitting peacefully” alongside while 10-month-old ‘Poco’ meandered along an alleyway towards her parents’ house — when she “saw a pretty, veiled woman approaching slowly.”

Ingrid said that she knew that some people from “these countries do not like dogs, so I went to Poco [the three-legged collie] in order to pull him back to her. The Somali told Ingrid that “The animals are unclean” before attacking her.

As reported in the Austrian paper Kronen Zeitung[2] and translated by Google translate:

Then, as the Viennese said, the Somalian (18 years old, official residence title in Austria) attacked her. “She has embraced me, turned, scratched” – until both have gone to the ground. Only three men could have pulled the woman from the 54- year-old. “I have no longer felt my legs,” recalls Ingrid T.

So a Somali “refugee” attacks a middle-aged woman and her disabled dog for daring to take her two pups out on a walk. It took three male bystanders to pull the Somali woman off of Ingrid and she is telling the paper that she was unable to feel her legs.

At the Wilhelminen Hospital, Ingrid has endured two operations because her knee was smashed in during the attack and required a new artificial implant.

The Vienna native told Krone she believed her ordeal came about as a result of clashing cultures, revealing that she had heard the Somali’s husband say: “We don’t want dogs — they are filthy!”

With her recovery expected to take a long time, and the migrant attacker lacking any type of liability insurance, Ingrid’s lawyer said it is unclear who will pay for damages caused, and noted “This will probably be a precedent.”

Where’s PETA when you need them to finally side with the rest of us in raising the alarm over the very different values of these “refugees?” 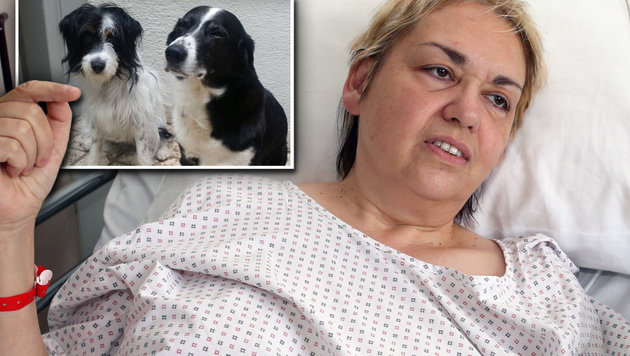