US Soldier Asks Refugees Why They Won’t Help Him Fight For Freedom – WATCH Their Response!

Muslims that have become “refugees” to Europe are immigrating so that they can avoid the war that is terrorizing them in their own homelands. they are fleeing the battle for their own freedom, but it appears after watching this that they are more than happy for U.S. troops to take their place. 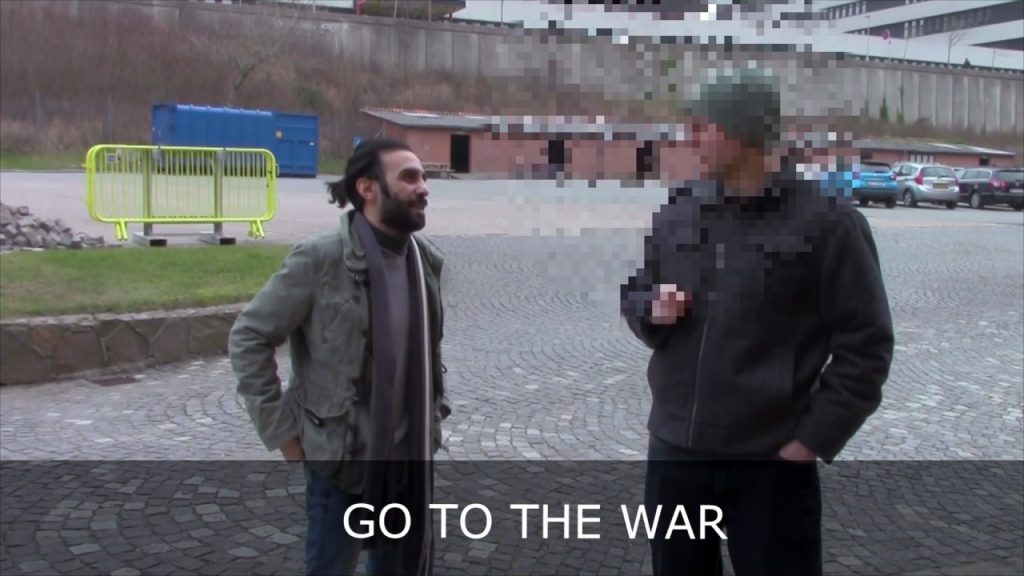 What you are about to watch will show you several Muslims who became “refugees” being asked a question that is probably a new one for them. The question they are being asked is: Why did they feel they needed to go to Europe? You will see that ALL of their replies are based around the want to live the high life using the country’s welfare system while allowing others to fight their battles for them back home[2].

It is an American soldier asking several Muslim immigrants these questions and wanting to know why they won’t stay in their countries to fight for their own freedom, so if anyone can ask the question and get away with it, it would be him. There are some very interesting answers that you will hear and this is the reality of things. They are right there on camera being honest (thank you for the honesty by the way). There is no way these truths could be twisted by liberals…it’s on video, raw and face to face.

I do want to point out that these immigrants say that they are thankful that American soldiers are fighting for Muslim freedom in their homelands, but they certainly don’t want any part of the fighting themselves, they prefer our soldiers to do it.

“I’m no need go — go to the war,” one Muslim immigrant told the interviewer. This same man admitted that he does not support, but opposes ISIS, but refuses to stay and fight followed by, “Yea, I’m coming here.”

These men have fled their families, leaving them behind to be raped, tortured and beheaded while these “refugees” live the life of Riley on the dole in Denmark and other European countries.

One of the refugees readily admitted that he abandoned his wife and children, leaving them back in his war-torn homeland.

He was also not too worried that Americans were fighting for his freedom.

At least one of the refugees shook the American soldier’s hand and thanked him or fighting. But, yeah, he wasn’t interested in going home to fight himself.

Another man who said he came from Iraq also admitted that the “problems” in his homeland of Iraq where something he didn’t want to fight.

A third “refugee” said it was a “delusion” for people to expect him to fight for his country.

A Syrian man, who also abandoned his family, even agreed that some women back in Syria are fighting. Yet, he wasn’t going to do it.

“There’s too much problem,” he said, and that is why he went to Denmark.

Despite hearing these refugees talk about not wanting to fight for their freedom and preferring our soldiers to do it for them, in the end, it still protects us too. The kind of evil we are fighting is an evil that is never satisfied. Terror is a problem for everyone, not just the Middle East. If we don’t stop it there, it will be here soon enough.

It’s just too bad that they choose to be cowards and leeches, instead of taking their place among our military to learn and then fight together against the plague of terrorism that is spreading like wildfire.

There is an injustice in that.