What happens to Muslim children if they don’t completely memorize the Quran? In one school, at least, a boy was abused and made to do 170 push-ups, all because he didn’t memorize a specific verse. 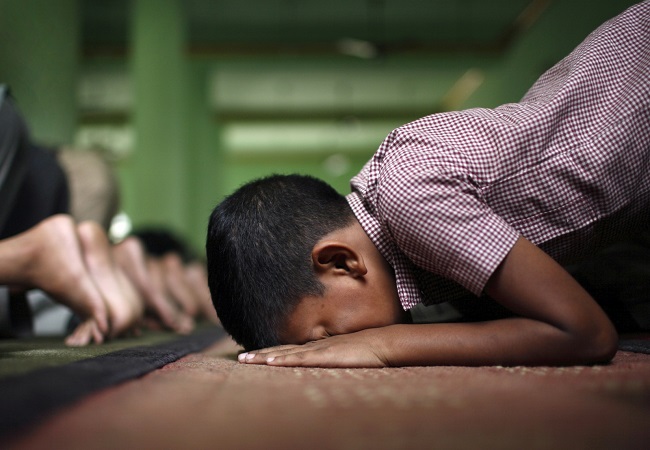 In an incident that has shocked people in the city, a 10-year-old boy was made to do 170 push ups by a maulvi in a local madarsa because the child was unable to recite a chapter of the Quran.

Not satisfied with the punishment he had meted out, the maulvi also reportedly thrashed the boy with a stick and sat on his chest, angrily pulling at his hair. The distressed boy, unable to take this inhuman treatment any more, fainted and had to be rushed to hospital in a critical condition.

The incident, which happened a few days ago, incensed people in the Pilibhit Bypass Road area, where the madarsa is located. Locals, along with parents of the boy, reached the Bradari police station where an FIR was lodged against the erring maulvi and madarsa in-charge. According to sources, the maulvi fled from the spot soon after the boy fainted. Police are on the lookout for him.

It’s unfathomable to think that a boy could be treated this way, just for forgetting a verse from the Quran. Thankfully, at least in this situation, the police are taking it seriously and are promising to capture the disgusting excuse for a human being and see that he is punished.