As an American, I believe nations should, “make no law respecting an establishment of religion, or prohibiting the free exercise thereof.” So, I feel sorry for Muslims that live in Angola. That being said, I think what’s going on in Angola should also prompt Muslims to ask some hard questions[1] about what’s going on in their religion that’s causing people to have this reaction to it. 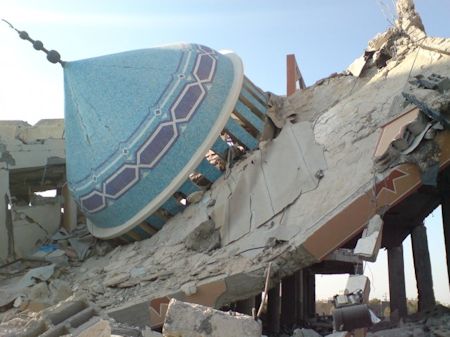 A number of news outlets have reported that Angola has “banned” Islam and started to dismantle mosques in a bold effort to stem the spread of Muslim extremism.

Weekly French-language Moroccan newspaper La Nouvelle Tribune published an article on Friday sourcing “several” Angolan officials, including the Southwest African nation’s minister of culture, Rosa Cruz, who reportedly offered the following remarks, which have been translated from French: “The process of legalization of Islam has not been approved by the Ministry of Justice and Human Rights, their mosques would be closed until further notice.”

The media reports have not described why exactly Islam apparently faces a need to be legalized despite its presence in the country for many years.

OnIslam.net reports that the African economic news agency Agence Ecofin wrote that Cruz made the statement at an appearance last week before the 6th Commission of the National Assembly. The website goes on to note that, “According to several Angolan newspapers, Angola has become the first country in the world to ban Islam and Muslims, taking first measures by destroying mosques in the country.”

Most Muslims are good and decent people, but that being said, Islam is unique amongst the world’s great religions in the number of extraordinarily large number of violent, oppressive and backwards adherents it has. Where Islam goes, trouble generally follows, not because most Muslims are bad people, but because most Muslims are willing to turn a blind eye to radical Islamists. If and when Muslims start treating radical Islamists the way Christians treat members of the Westboro Baptist Church, then you’ll start to see a sea change in the attitudes that people have about Islam.