Atheists Win Against High School Football Team: No More Prayer for Them

A federal lawsuit challenging coach and teacher-led prayer at Hall County high schools has been dismissed, and the atheist group that filed it is calling the resolution “a victory for the separation of church and state.” Disgusting, and so frivolous of a lawsuit that it should have been thrown out on it’s ear for wasting the courts time:[1] 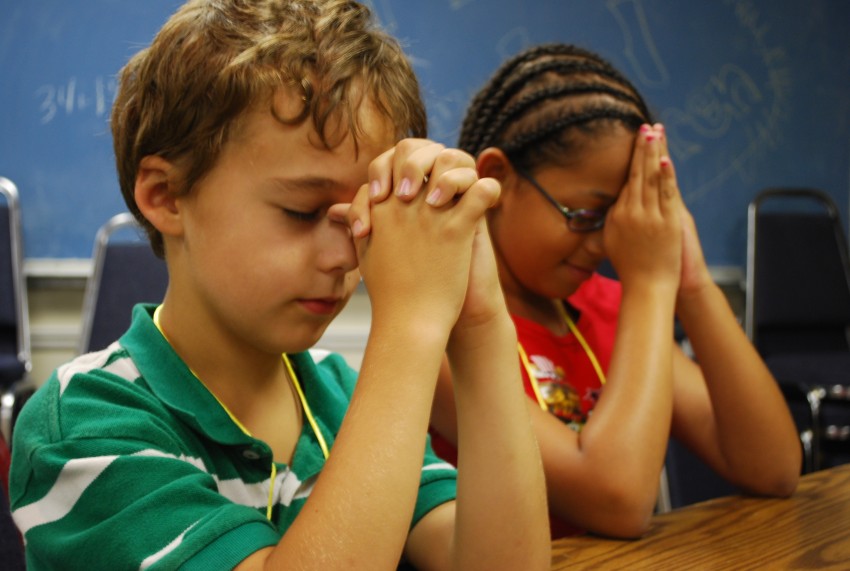 The American Humanist Association, which filed the suit in December on behalf of three anonymous parties, said the dismissal reflected in court documents filed Monday was the result of an out-of-court agreement reached with the Hall County School District.

“We are pleased that the district is taking productive steps forward to ensure compliance with the Constitution, and we expect that it will stop the student-staff prayer activities and other problematic conduct,” David Niose, legal director for the American Humanist Association, said in a statement.

In the statement posted on its website, the AHA said Hall County schools superintendent Will Schofield, who was named in the suit, will issue a memorandum to his district’s principals that outlines “the standards for religious neutrality” required under the First Amendment. The school district will also hold a “training session” for administrators, “who will educate staff and coaches on their constitutional duties,” the organization said.
In its own statement regarding the lawsuit’s dismissal, the Hall County School District did not say specifically that it would ban staff-led prayer but said “routine professional training for staff should include the legal rights and responsibilities of individuals regarding issues related to religion in the public school setting.
“While public school students are guaranteed wide-ranging religious freedoms, employees’ rights are more limited when in their work settings. The Hall County School District admits to no violations of state or federal laws. The district will continue to hold the expectation that individuals within our organization abide by the laws of our land.”

Schofield, Chestatee High School Principal Suzanne Jarrard and the Hall County School District were named in the lawsuit, which was filed several months after the AHA submitted photos to the district showing alleged coach-led prayer by the Chestatee football team. The AHA claims that “numerous” students and parents complained about the prayers, as well as a banner displaying Christian scripture at a football game.

I’ve got news for you, folks. You can sue people. You can get laws written. You can take down signs, and demand whatever you like – but as long as there are tests, there WILL be prayer in schools. Try and stop that.