Billy Graham Evangelistic Association: Obama’s IRS Was “Targeting and Attempting to Intimidate Us”

Billy Graham is a good and decent man. He’s also one of the most beloved Christians in the United States. Unfortunately, he’s also an opponent of the Obama Administration,which may have made him a target for the IRS[1]. 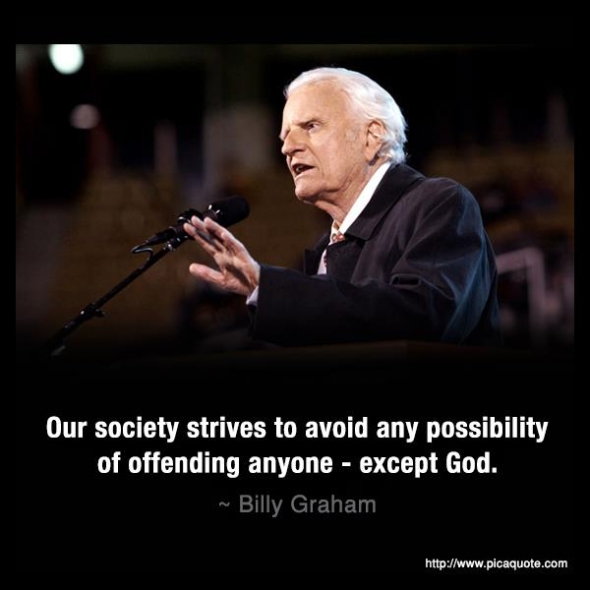 Franklin Graham, the president of the Billy Graham Evangelistic Association and the family’s international humanitarian organization Samaritan’s Purse, said that the IRS notified the organizations in September that it was conducting a “review” of their activities for tax year 2010.

With the IRS admitting it gave extra scrutiny to conservative political organizations, Graham says he now believes that the review was part of an Obama administration effort of “targeting and attempting to intimidate us.”

The Billy Graham Evangelistic Association urging of voters to back “candidates who base their decisions on biblical principles and support the nation of Israel” during last year’s presidential race was the reason why IRS agents visited the North Carolina offices of both Graham groups, the letter accuses.

“While these audits not only wasted taxpayer money, they wasted money contributed by donors for ministry purposes as we had to spend precious resources servicing the IRS agents in our offices,” Graham wrote in the letter, which was shared with POLITICO. “I believe that someone in the administration was targeting and attempting to intimidate us. This is morally wrong and unethical — indeed some would call it ‘un-American.”

Graham said that “in light” of the IRS admission that it targeted tea party groups for added scrutiny, “I do not believe that the IRS audit of our two organizations last year is a coincidence — or justifiable.”

When Franklin Graham says that, “someone in the administration was targeting and attempting to intimidate us,” he may be exactly right about that.

Did a higher-up in the Obama Administration order it done or were IRS employees targeting conservative groups because they correctly thought that the Obama Administration would just laugh off politically motivated attacks in the IRS on conservative groups? So far, nobody has been fired over this and if this wasn’t swelling up into a major scandal, the IRS employees who decided to go after Tea Party groups and the Billy Graham Evangelistic Association would face no consequences for what they’ve done.

That’s how Obama wants it, but because Republicans are finally challenging him, his administration may not be allowed to run roughshod over the Constitution this time. This time, there may FINALLY BE SOME CONSEQUENCES for what may be the most corrupt administration ever to occupy the White House.