Police have taken into custody[1] 31 year-old Juan Thompson in St. Louis in connection with multiple threats against Jewish centers across the country. Something about him harassing a former lover. Specifically, he made bomb threats, but no devices were ever found and no one was ever hurt. There are a number of other sources that claim he is not the one behind the threats. I have heard that most of them came from overseas. And this doesn’t account for multiple Jewish graves being vandalized across the country as well. We live in dark times.

Thompson is considered a “copycat” by these sources. A criminal complaint filed in federal court in Manhattan indicated that Thompson was trying to “harass and intimidate” an unnamed victim with whom he had a relationship. This guy allegedly made at least eight of the threats, some in the victim’s name and some in his own name, as part of an orchestrated attempt to smear the victim. Thompson allegedly went to extreme lengths to do so, including sending hoax faxes to the woman’s employer last year alleging she had made anti-Semitic statements on social media. This guy’s a peach and mentally unbalanced. 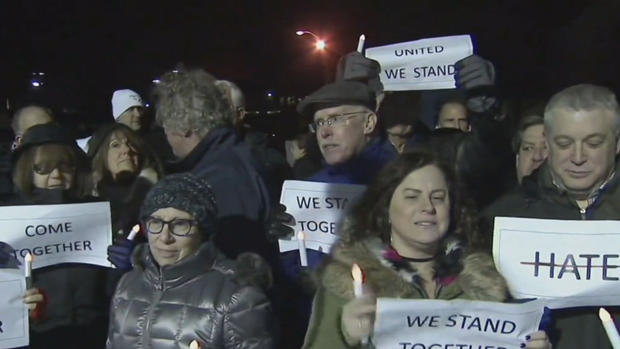 A man allegedly waging an intense campaign of harassment against a former lover was responsible for bomb threats against the Anti-Defamation League and some Jewish centers around the country, authorities said Friday.

Law enforcement sources told NBC 4 New York the 31-year-old suspect, Juan Thompson, was arrested in St. Louis in connection with multiple threats against Jewish centers, including some in the New York tri-state area.

But additional sources told NBC News Thompson is not believed to be the person behind the series of threats targeting Jewish community centers across the nation in recent months.

There have been five such waves of threats this year, forcing dozens of evacuations in multiple states. No injuries have been reported in any of the cases and no devices have been found. The FBI is assisting in that probe.

They are saying this is the guy behind a threat to the ADL headquarters in Manhattan last week. He emailed the threat in the woman’s name he was stalking and said she was “behind the bomb threats against the jews. She lives in nyc and is making more bomb threats tomorrow.” The next day, the ADL received a phone call claiming a bomb was in its headquarters. According to NBC, an anonymous threat emailed to a JCC in Manhattan earlier in February included Thompson’s own name. It said he “put two bombs in the office of the Jewish center today. He wants to create Jewish newtown tomorrow.”

The eight specific threats[3] he’s being looked at for are:

They evidently found threatening tweets on his twitter account and that led back to him. Thompson is now being charged with one count of cyberstalking, which carries a maximum sentence of five years in prison. Thompson has a twitter account @JuanMThompson full of anti-Semitic and racist tweets.

Thompson[4], a former Chicago journalist was previously linked to a “pattern of deception” involving fabricating quotes and creating fake email accounts while writing for The Intercept, a New York-based online publication. Juan Thompson, whose employment as a staff reporter for The Intercept ended more than a year ago, previously worked as an intern at Chicago Public Media WBEZ FM 91.5 and at DNAinfo.com Chicago. The prosecution is now being handled by the Terrorism & International Narcotics Unit and the General Crimes Unit. Assistant US Attorney Jacob Warren is in charge of the prosecution. 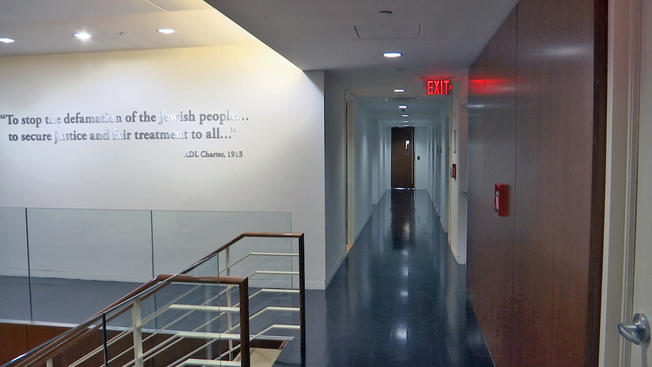