Muslims are famously anti-porcine, so much so that Muslims refuse to eat, touch, or live anywhere near a pig. This is why a pro-Britain group wants to bury pigs at sites where British Muslims want to build mosques in an effort to stop Muslims from building new places of worship and filling the British Isles with minarets. 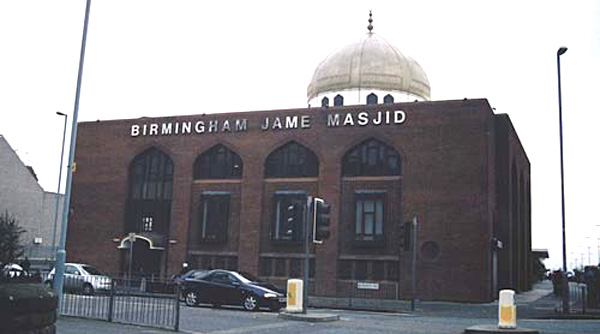 Muslims in Birmingham, England want to build a “mega-mosque” and activists in the nationalist party Britain First want to stop them–knowing full well that their own government is not their ally in the fight. So, BF activists have a new idea[1]…

Britain First leader Paul Golding concocted the idea after planning permission was granted for a plan to build a large mosque in Dudley this week.

He claimed burying porcine remains on the proposed site would sabotage the plans to build a mosque there.

Extremist leader Golding unveiled his plan outside a town hall in Dudley at which the mosque won planning permission. Britain First members were barred from watching the meeting from the public gallery.

He declared the Koran forbade any building work on ground containing “swine”.

“We will find out where this mega mosque is and we will bury a pig right in the ground [there]. We’ll do that: We’ll bury the pig and that’s the whole thing scrapped,” he declared in a web video.

I doubt anything like this would work, though. After all, Muslims have been famous for ignoring any and every tenet of their religion that stands in the way of their desire to advance their primacy. If any article of faith stands in their way of power, they just ignore it or issue an exception in order to get around that restriction.

So, I say nice try Britain First, but don’t expect this to do anything other than cause hard feelings on every side of the issue.