Carly Fiorina Comes Out in Favor of Parents Refusing to Vaccinate Kids, But Also Says THIS….

Presidential candidate, and the only woman running for the GOP nomination, Carly Fiorina, just jumped into the anti-Vaxer debate and unlike the establishment, came down on the side of parents who want to refuse vaccinations for their kids. However, she also said that public schools should deny entry to kids who haven’t been vaccinated. So, it seems she wants the best of both worlds on the issue. 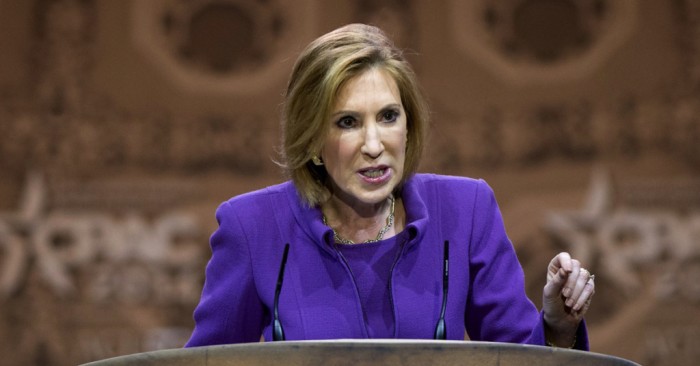 The argument is always a matter of personal freedom versus public safety. Those who want to refuse vaccinations say the vaccines are potentially dangerous and that even if they weren’t they should have the freedom to refuse to pump chemicals into their bodies because, well, they have Constitutional rights to their own bodies and the raising of their kids.

But public health advocates say that mass vaccination is the only way to prevent millions of deaths from common diseases that can be easily prevented with vaccines that have been proven effective for decades. They also say that the public good out weighs personal freedoms in this case.

Few politicians have come down in favor of the anti-vaxers who are often more or less considered anti-science, backwards, stupid and dangerous by the pro-vaxers.

Mrs. Fiorina said that in cases of highly contagious diseases with proven vaccines, schools should be allowed to prevent students from attending. But, she added, that should not be the rule in all cases.

“I think when we’re talking about some of these more esoteric immunizations, then I think absolutely a parent should have a choice and a school district shouldn’t be able to say, ‘Sorry, your kid can’t come to school’ for a disease that’s not communicable, that’s not contagious, and where there really isn’t any proof that they’re necessary at this point,” Mrs. Fiorina told reporters, according to a report in Time magazine.

So, what do you think? Is it a matter of freedom, or science? Can both be satisfied?