This actually does MAKE PERFECT SENSE[1]. 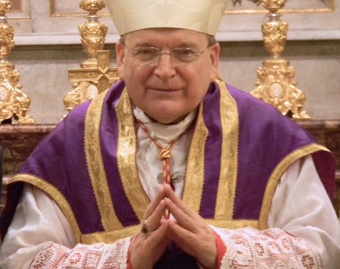 To deny Holy Communion to pro-abortion politicians who are Catholic, such as Secretary of State John Kerry, House Minority Leader Nancy Pelosi (D-Calif.), and former New York City Mayor Rudy Giuliani, “makes perfect sense” because it is a discipline that goes back to St. Paul, “the very first years of the Church,” said Cardinal Raymond Burke, the former archbishop of St. Louis and now the chief justice at the Vatican’s highest court.

In an interview with EWTN’s Raymond Arroyo on Dec. 13, Cardinal Burke explained that it is necessary to protect the Sacrament, the Communion wafer offered at Masses, from “being profaned, being violated by someone receiving unworthily,” someone “who knows that he or she is unworthy and yet presumes to come forward and to take the Holy Eucharist.”

I agree 100% and the only thing I have to add is that support for gay marriage should be treated the same way.

Why Does God Allow Bad Things To Happen To Good People?[3]