One has to wonder why no major leader has said this before, but Reverend Franklin Graham is saying that the USA should immediately put a halt to immigration from Muslim countries. 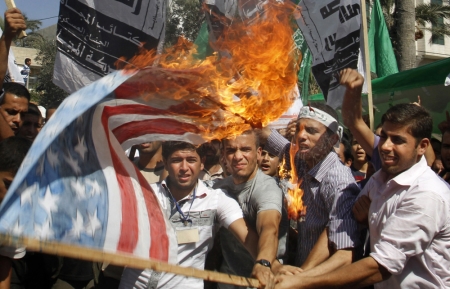 I mean, WHY are we allowing people who intend to murder all of us to come to this country? They have no interest in becoming Americans, after all. And many of them want to come here specifically to murder, rape and kill “infidels.”

So, Rev. Graham wonders why[1] we are still allowing Muslims to immigrate?

Rev. Franklin Graham put out a powerful tweet that conveyed two huge policy needs in just a few short words: America should take up arms against ISIS and U.S. immigration officers should keep out all Muslims from countries with ties to terror, he said.

His exact tweet: “Our govt needs to halt all immigration of Muslims from countries that have active terrorist cells & take military action to defeat ISIS.”