Destroying the Military from Within: Obama’s Social Engineering Renders Us Defenseless [Video]

General Dees is absolutely right.[1] The massive social engineering by Barack Obama of the military is destroying it from within. This is being done while our weapons and armories are being destroyed and our ships and vehicles are being decommissioned. Morally and physically, our military has been effectively neutered. At the Values Voter Summit, retired two-star general, Army Maj. Gen. Robert Dees, spoke concerning the readiness of the military under the command of Barack Obama and it wasn’t pretty. Obama is using the military for experimentation and mandating immorality. Field and battle readiness is being eschewed for diversity training and the forced acceptance of gays and transgenders. There is indeed guerrilla warfare taking place within the military in a similar way that there’s guerrilla warfare within our culture, thanks to the radicals in control under Obama. It is an all out war against Christians and our faith and it must be stopped. 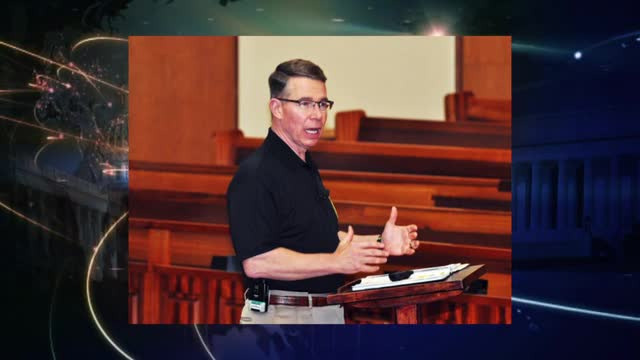 President Obama‘s social experimentation is degrading the ability of the United States military to do the job it was created for, a retired two-star general said Saturday.

Taking part in a panel at the Values Voters Summit in Washington, Army Maj. Gen. Robert Dees said the Obama administration is using the U.S. military for “social engineering” and the end result is damaging the nation’s ability to defend itself, according to CNS News[3].

“Not only are we losing physical readiness to fight, we have to fix the problem of moral readiness,” Dees said.

Since Obama was first elected to office, restrictions have been lifted on women in combat, homosexuals now serve openly and there’s an effort currently underway to remove a ban on transgender soldiers. And the president announced on Friday the nomination of Army Acting Under Secretary Eric Fanning as the first openly gay secretary of the Army.

As for experimentation, Dees said the military didn’t have much choice in the matter.

“In fact, social experimentation is improperly named because it’s not an experiment at all,” he said. “It’s a top-driven mandate for social agendas that occurs by this administration within the military, which is a captive audience.”

“It is not enhancing our readiness; it declines our readiness,” he added. “We’re spending more time on some of these social engineering projects than we are on developing and maintaining readiness in our force.”

Dees was asked what message Obama’s nomination of Fanning is sending to members of the military, especially Christians.

“Well, I think it’s a very loud statement by the administration,” he replied. “It’s not an accident. We respect all people and yet, it’s tantamount to lighting the White House in rainbow colors.”

“People who would seek to strike religion from our land are working very aggressively out in the various parts of the military to strike down religious freedoms even if it’s against the existing regulations,” Dees said. “They will press and push for whatever they can get away with.”

“Faith in the foxhole is critically important,” he added. “We in the military know that [the troops] don’t want to be politically correct, they want to be God correct.”

In battle, while in a foxhole with bullets flying and bombs dropping, people tend to turn to God in their hour of need. You need faith to keep you going, to make you strong. The troops know this and they know what they are fighting for, regardless of what social issue is thrust upon them by their superior officers. As a nation, Obama has left us virtually defenseless and at the mercy of our enemies. Each new mandate that Obama dictates, is meant to further weaken our military and soften them up even more. Religious liberty is now under attack everywhere you look in America, but nowhere more so than our military. The Marxists know that if they can destroy faith, the family unit and our military, they can take over entirely and do whatever they please. It’s called communism and tyranny. Obama won’t succeed in totally destroying America’s finest. We will come back from this, although it will take time and very strong leadership. But as Christians, we have to fight every minute of the onslaught that is coming against us. It is a fight for the very soul of America and her military and it is one we dare not lose.