In Compton, California[1], police have raided a Santeria store and school where they have found nine human skulls in various pots, along with other human and animal bones. They were originally called to the store on a complaint of animal cruelty. Santeria[2] sacrifices animals in their rituals and most Christians consider it an evil and demonic religion. It involves divination, witchcraft and the calling of spirits and demons. The religion is a strange mix of Catholicism, voodoo and other Caribbean culture. It comes from Africa, South America and the Caribbean primarily and I assume immigrants are bringing these practices with them as they stream into the country. Santeria is big in Cuba. 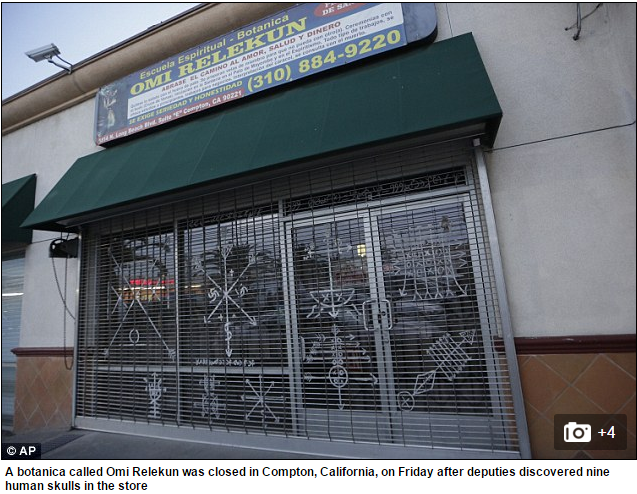 Nine human skulls and other possible human and animal bones were found in a Los Angeles County store that sells Santeria products on Friday.

When investigators arrived, Katz says they found a skull inside a pot. He says the coroner’s office collected the skull and eight other pots that may also contain skulls.

Right now, police don’t know if the skulls were legally purchased or if they were obtained by nefarious means. They are having them examined. Investigators have collected a whole cache of items from the store. There has been no accusations of homicide here, but this is enough to really give you the creeps. I have long known of Santeria. It is a violent, dark practice and I consider it deeply evil. While this does not mean they were doing anything wrong here, it sure makes you wonder. Angie Garcia, 28, of Compton, said she used to attend Friday ceremonies at the location, called Omi Relekun. Inside, spiritual advisers dressed in white said they could communicate with the dead and cast out negative energy that clung to participants. Sometimes, the ritual called for the sacrifice of a live chicken, bird, or goat. The Santeria religion originated with the Yoruba people of West Africa and came to the Caribbean with blacks who had been sold into slavery. During the 19th Century, it became enmeshed with elements of Catholicism. Whether illegal or not, this is definitely something to keep an eye on. 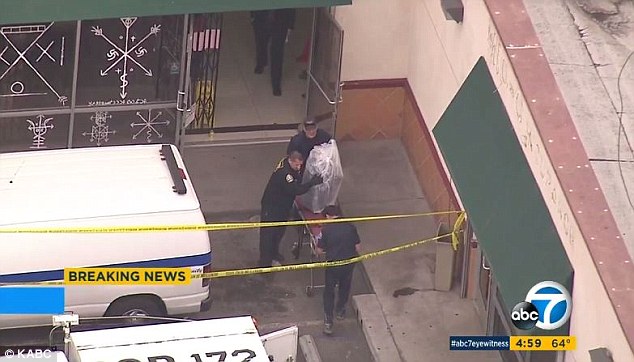 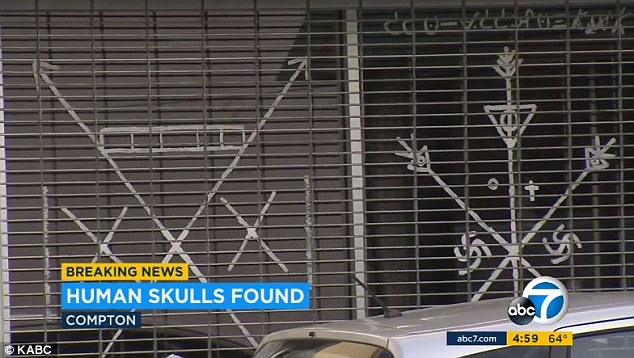 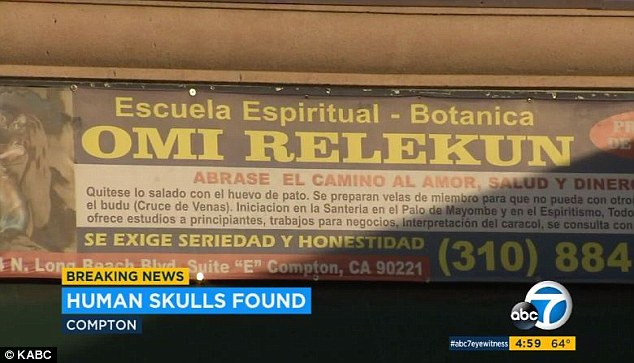