Feisty Fla. town fights back: No, we won’t remove our Nativity from city hall

A national: atheist group: has demanded that a small Florida city remove aNativity scene: from City Hall, but the City Council is standing its ground. 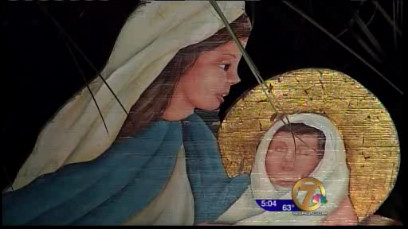 The Freedom From Religion Foundation sent an email to city officials saying, “The Supreme Court has ruled it impermissible to place a nativity scene as the sole focus of a display on government property.”

In written statement, Chipley Mayor Linda Cain responded that when the WJHG reporter ”

Chipley officials insist the display will not be removed, according to WJHG.

At a City Council meeting last week, residents spoke in support of keeping the display, saying they didn’t need an outside organization telling them what to do in their hometown.

In order to take the focus off the Nativity scene, Chipley officials added more decorations around the display, including a Christmas tree.

Council members say they will not back down.