His religious views have already cost Eric Walsh his government job. But the authorities are not finished with him yet:

The government is demanding to scrutinize a pastor’s sermons, private notes, and his Bible.

The State of Georgia is threatening Dr. Eric Walsh in their quest to monitor his speech. Dr. Walsh was Georgia District Health Director until he was fired in 2014.

Kudos to Walsh for standing firm:

At a press conference carried live on Facebook [Wednesday] afternoon, Walsh reaffirmed that he refuses to hand over his private notes, sermons, and his Bible to the state.

Walsh is hated by LGBT militants for his views. The government demands he turn over sermons he wrote going back to age 18 to defend against a religious discrimination suit he filed after having been fired because of them. His lawyer Jeremy Dys of First Liberty wonders,

“The state insists that it did not fire Dr. Walsh over his religious beliefs or sermons. If that’s true, why is it demanding copies of his sermons now?”

It looks like Walsh is in for a show trial that would make Stalin proud.

This alarming case explains why liberals embrace the notion of a “living Constitution” that says whatever progressive justices find it politically expedient to pretend it says. The real Constitution upholds the free exercise of religion in the First Amendment.

It also helps explain the bizarre, relentless, and horrifyingly effective campaign to bully us into regarding homosexual liaisons as the equivalent of holy matrimony. Gays who want to pretend they are married constitute a tiny fraction of the population. They have been hyped into political significance so that leftists can exploit them as a wedge to drive between Christians and their constitutional rights.

Christianity is thoughtcrime, because it asserts the existence of a higher authority than government and upholds the value of each individual soul as opposed to the faceless collective. We have been witnessing a war to eradicate it. 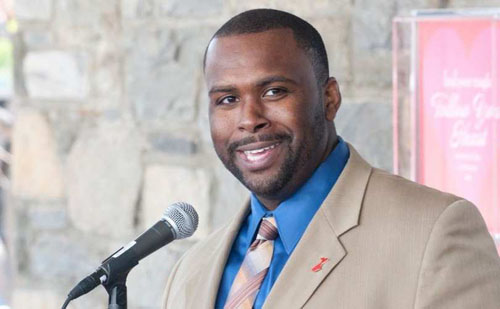 Eric Walsh, enemy of the State.