Geraldo Rivera Apologizes To Muslims For The Boston Marathon Bombings

Your first thought after reading that title is probably something like, “Wait, what?” Then, you realized it was Geraldo Rivera and it started to make more sense.

Regrets to my Muslim brothers/sisters. We know how Boston will aggravate life’s friction-Now’s the time forpatience pride & understanding

Certainly, we shouldn’t blame all Muslims for the attack in Boston, but it’s ridiculous to offer them sympathy when there are 4 people dead and countless others missing legs because radical jJhadists went on a killing spree in the name of Islam. Yet, Geraldo is saving his sympathy for Muslims because….it’s hard to say exactly. What are the consequences of this attack for the average Muslim? Are there any consequences at all? The answer to that question is, “No, there are none.” On the other hand, some tiny percentage of Muslims might see a look of fear in someone’s eyes or get a dirty look, which is apparently more traumatic than having a piece of your leg sheared off by a pressure cooker according to Geraldo. 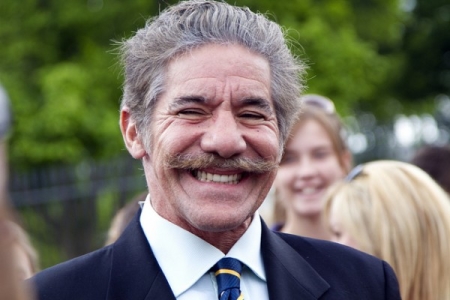 Oh, but wait, is it possible that some hatemonger might actually ATTACK A MUSLIM over this? Sure — and that should be condemned. But, the fact of the matter is, there’s an infinitesimal chance that pretty much everyone in the entire country, white, black, Asian, Hispanic, Muslim, Jewish, gay, straight, male or female might be attacked for who they are by some nut. Unfortunately, that’s just how the world is and how it has always been. That being said, it’s worth noting that a Jew is still 5 times more likely to be the victim of a hate crime in America than a Muslim. So, don’t cry yourself to sleep worried about Muslims having it too tough after the Boston Marathon Bombing.