‘For God and country’ recruiting poster was ordered removed by the US Army; ‘God’ is a problem in Obama’s military

The premise that the phrase[1], “On a mission for both God and Country,” is unconstitutional is an outright lie. There is absolutely nothing unconstitutional about it. These people have probably never read the constitution much less studied constitutional law. They are full of it. Calling the recruitment poster that had the phrase on it, the “Poster of Shame,” is more atheist, Progressive/Marxist vomitus. Demanding that those who designed, prepared and displayed the poster to be aggressively investigated and very visibly punished is fascist and typical of the Communists who are secreted throughout our system now. This is the Obama hand that now rocks the military cradle here in America. Godless, corrupt and Communist. 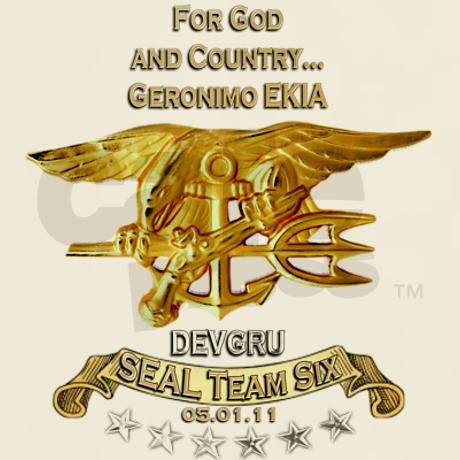 A Phoenix-area U.S. Army recruiting station was ordered Friday to remove a poster depicting a “stock image” of a Special Forces patch along with Ranger, Airborne and Special Forces tabs. The problem lay in what wasn’t “stock” — the phrase, “On a mission for both God and country.”

The poster was put together and displayed without prior approval from Army Recruiting Command, according to Army Times[2].

“Had the process been followed, the copy shown would not have been approved,” spokesman Brian Lepley told the Times.

It was the “God” part they had a problem with. The Army Times reported:

The command first became aware of the poster Friday morning when it received questions about the display from Army Times. It was unclear when the display went up, but images of the sandwich board outside a recruiting office appear online in places like Reddit and Flickr with dates as far back as October.

It received more online attention on Thursday, when an image of the display was the center of a news release and a post on the Daily Kos website from Mikey Weinstein, president and founder of the Military Religious Freedom Foundation. In the post, which had nearly 400 comments as of Friday afternoon, Weinstein called the display a “stunning, unconstitutional disgrace” and labeled it the “Poster of Shame.”

“The Military Religious Freedom Foundation is delighted that the Constitution has been adhered to by the U.S. Army Recruiting Command,” Weinstein said after the poster had been removed. “But whoever, in any way, shape or form, allowed that poster to be designed, prepared and displayed, those individuals should be aggressively investigated and very visibly punished.”

The Washington Times[3] picked up the story Saturday, and the response from its readers was swift and harsh.

“Pro aris et focis,” a Latin phrase literally meaning “for our altars and our hearths,” or, for God and country, has been used by military regiments for centuries.

It became especially significant in May, 2011, when “for God and country” was used as a confirmation that Osama bin Laden had been taken out by SEAL Team Six in Abottabad, Pakistan.

The saying has been around forever and during battle, the military has always turned to God for comfort and for guidance. Now, the American military leadership and Obama’s Administration have turned from God in a stark manner and God is likely to do the same in return. Those such as Weinstein of the Military Religious Freedom Foundation are ecstatically gleeful over this Godless direction forced upon our warriors and leaders. Revenge against Osama bin Laden has been exacted, much to the dismay of Obama, I am sure. The revenge against America is in process. May God have mercy on our Country. 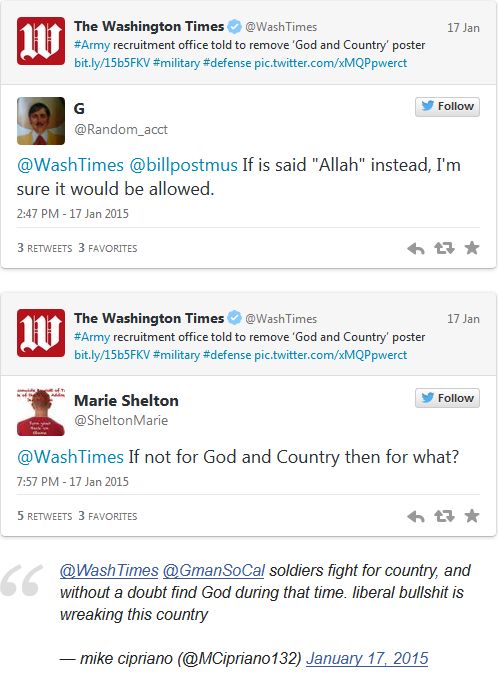