We are told over and over again that Islam is a religion of peace and tolerance, and that American Muslims just want to peacefully integrate with American society. But a shocking — or not — new video shows how so-called moderate Muslims really feel about sharia law in America. 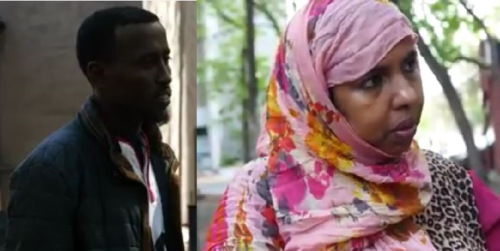 Correspondent Ami Horowitz did exactly that last week, visiting Muslims in the Cedar Riverside section of Minneapolis. Muslims there are generally comfortable. Many have jobs or businesses, and those who are refugees are well cared for by the government, with free food, housing, schools and healthcare. Not the type one would expect to harbor radical views.

But that’s not what Horowitz found when he interviewed them.

The conversations started out normally at first, with answers to the simple question, “Is it easy to be Muslim in America?” being met with an emphatic, “Yes.”

With all of the controversy in the media about how badly Muslims are treated in this country, hearing a yes to that question was surprising. But it didn’t compare with what Horowitz began hearing shortly thereafter.

Every single one of them gave their answer: Sharia law.

… Nowhere in America has accepted more Muslim refugees from the war-torn parts of the world than Minnesota. Over 100,000 Somalis were imported by Clinton in the 1990s and even more by Obama since 2010.

Federal and state governments have thrown billions at these refugees, including free housing, healthcare and welfare.

Yet no part of America has seen more youth go back overseas to fight for Islamic terrorist groups like ISIS and Al-Shabab. As Horowitz noted:

Dozens of young Muslims have left the streets of Cedar Riverside, referred to by some Minnesotans as “Little Mogadishu” for its high concentration of Somali refugees, to travel abroad and fight for terrorist groups. Some have joined Somalia’s notorious al-Shabab, which slaughtered 147 Christians at a university in Kenya last month, while others have opted for ISIS in Syria. Their goal is the same – to join their brothers in the fight to establish a Shariah-compliant utopia known as a caliphate.

Isn’t it time America started questioning whether we should be importing tens of thousands of people who oppose our laws and support the dogma of Islamic State beheaders?

Once upon a time, immigrants were expected to assimilate, to become part of the “melting pot” of American culture. Now, it seemingly doesn’t matter if those immigrants hold onto dangerous, violent, backwards, misogynist cult beliefs — we’ll welcome them with open arms too, even as they plot to kill us. How does that make any sense?