It’s hard to come to any other conclusion from reading this piece from the Daily Signal[1] about the strange case of Atlanta fire chief Kevin Cochran, who wrote a book about his work and Christian beliefs… 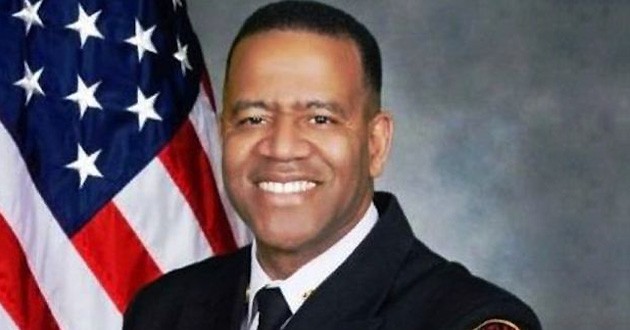 Cochran gave his book to some of his subordinates and fellow employees, all of whom Cochran previously told The Daily Signal[2] he had “established a prior relationship with as believers in Christ.” Eventually, according to court documents, a copy of the book made its way from an employee of the Atlanta Fire and Rescue Department to City Councilmember Alex Wan, who is openly gay.

Atlanta Mayor Kasim Reed subsequently suspended Cochran for 30 days without pay, stating[3], “I profoundly disagree with and am deeply disturbed by the sentiments expressed in the paperback regarding the LGBT community.”

During his seven years as Atlanta’s fire chief, Cochran was never accused of discriminating against anyone based on race, gender, sexual orientation, or any other protected characteristic.

Cochran was supposedly fired not because he wrote the book but because he wouldn’t shut up about his views when instructed to. But as Dan Calabrese correctly notes[5], that doesn’t improve anything…

What they’re trying to insist of Cochran is that he keep his views to himself, and because he didn’t, they fired him.

In other words, just as Wan indicated in his quote, shut up if you’re a Christian. Except Wan isn’t really being honest when he says “check them at the door” because Cochran’s dissemination and discussion of the Bible Study material actually took place away from the workplace. The fact that he was with employees is irrelevant if he wasn’t acting in an official capacity as their boss, and if there is nothing in his actually work record that indicates he engaged in discrimination.

But it scarcely matters to the gay mafia, not to mention the public officials and business executives who are terrified of them. All they want is for Christians to shut up and never quote Scripture again, especially when it pertains to God’s moral laws. The whole point of the gay rights movement is to establish the Bible as discriminatory in and of itself, and to marginalize anyone who espouses what it says. Councilman Wan gives up the game with his quote, but to many of us it’s been obvious for a very long time.